The Premier League Player of the Month is awarded on the first or second Friday of each month. These are the 3 things you need to do to make the most coins off of this event.

1. Find Out Who Is In the Running

Upon the conclusion of each month, EA releases nominees for the POTM award. Last Friday, they released that these 7 players would be in the running. 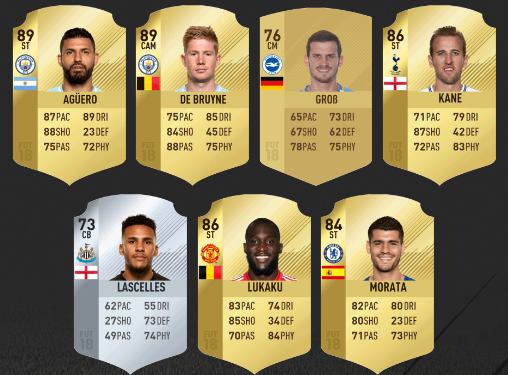 While it may seem like a lot of options, a look at these players respective stats for the month narrows down who is most likely to win:

Based on these numbers, we can assume that Aguero or Kane will claim the honor tomorrow, and we use this information for our next step.

EA has done POTM SBC’s for over a year now, and the requirements tend to follow a pattern:

Mane’s Player of the Month SBCs for August were no exception; see them here.

3. Invest In Players That Meet The Requirements

So, we know who will likely get the award and what will be required. Now who do we buy? This is where FUTBIN comes in.

Let’s take the first “high rated PL squad” requirement as an example. I filter Premier League – 85 rated players and sort them based on cheapest Xbox price; this is what I find: 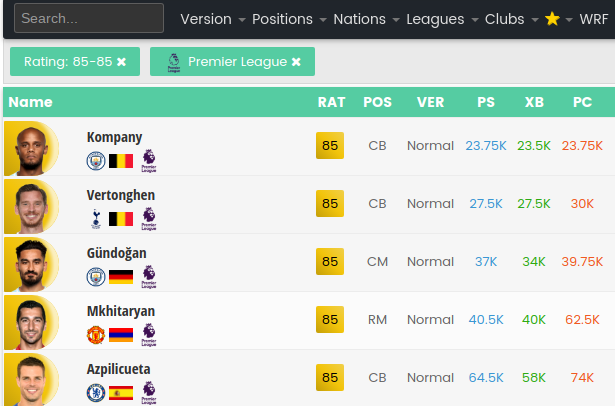 I see that Vincent Kompany and Jan Vertonghen are the cheapest 85 rated players in the Premier League. Even better, they play for both Aguero’s club (Man City) and Kane’s (Tottenham). This makes them a good investment, and it is why I added them to this week’s Fantasy FIFA.

Let’s take a look at another possible requirement: a squad of the winner’s nationality. First, let’s filter 83-85 rated England players for Kane and sort them by lowest price. 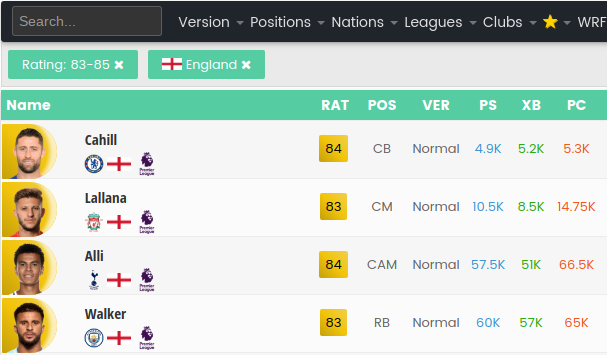 Gary Cahill comes up as our cheapest investment option, and as an 84 rated CB at only 5K, he is a good one.

Next, let’s do the same thing with Aguero, filtering high rated Argentinian players and sorting by price. 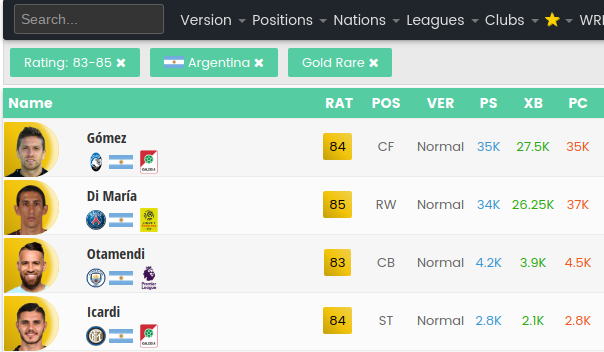 Gomez and Di Maria are both too expensive for an investment, but Otamendi and Icardi are both great shouts. Otamendi covers a lot of bases; he has a good rating, plays for Man City, and is Argentinian. As for Icardi, he is quite cheap at only 2K and is high rated, so there is little risk there.

Lastly, let’s take a look at inform cards. There were POTM SBCs last year that required an inform of the winner’s nationality, and they skyrocketed in price as a result. Filtering Argentinian gold informs sorted by price, this is what I find: 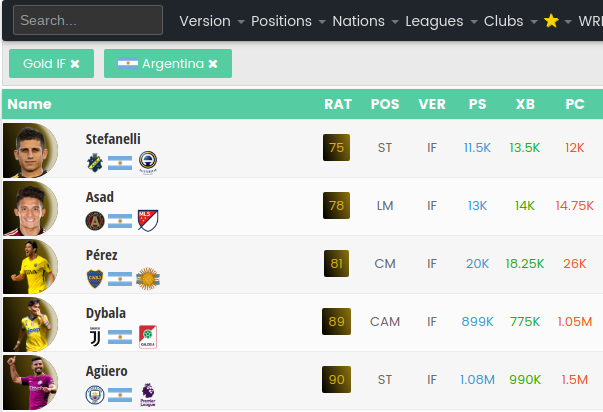 Stefanelli, Asad, and Perez all hover around 15K. While that may seem cheap on the face of it, consider their prices just a few days ago.

This is not limited to just informs. Other players that people thought were a good investment, such as Otamendi, Kompany, and Vertonghen, have risen in price as well.

When investing in Player of the Month, remember to do your research early. Buying sooner than later will make your profit simply off of the hype. That way, you don’t have to stress over whether your investments are chosen for the requirements.

Questions? Leave them below.