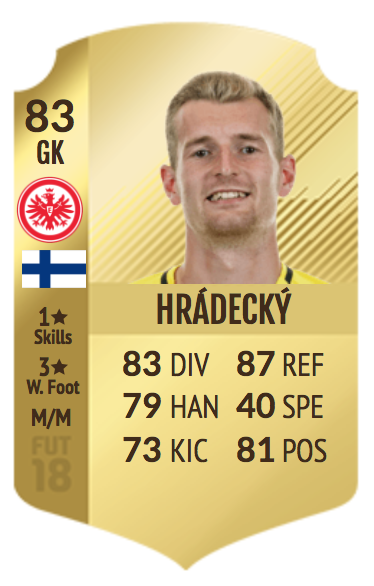 Here are 2 reasons why Hradecky is a great look as an investment for the upcoming Bundesliga Team of the Season.

1. He is the cheapest 83 rated player in the Bundesliga.

High rated players from the Bundesliga will have added value next week because of the SBCs. Here were the requirements from last weeks La Liga TOTS SBCs. 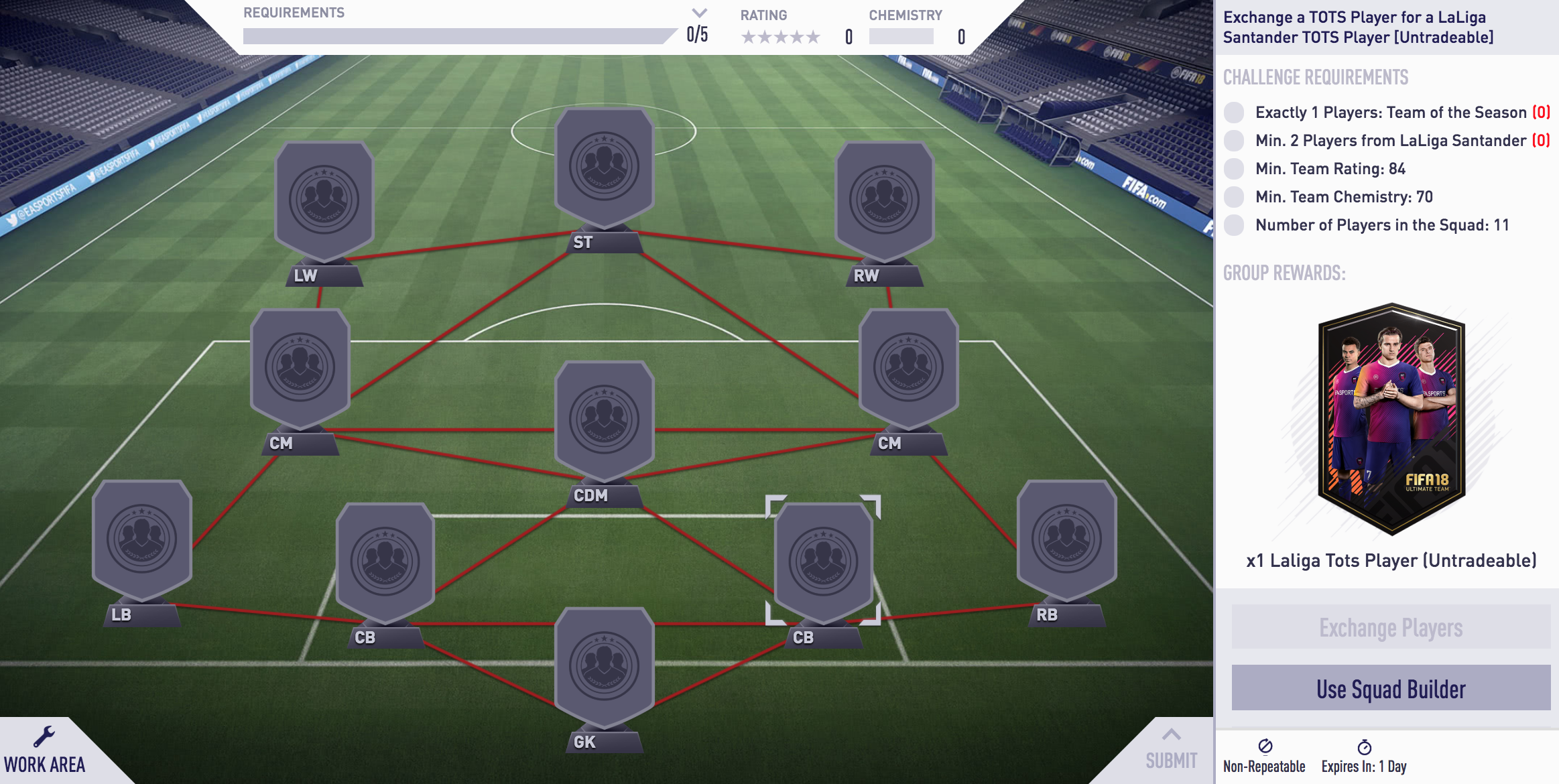 On Friday, the Bundesliga Team of the Season will be released. These players were voted on by the community. EA briefly had these posted but took them down. Here were the results.

Prices also increased substantially for Premier League TOTS base cards. I expect more of the same for Hradecky when he goes out of packs Friday for the Bundesliga TOTS.

Hi. Still don’t get why he will go up so much if there is other Bundesliga gks like jarstein and baumann?? Thanks mate

Alan, Jarstein and Baumann are both 82 rated wich already makes a huge difference. Neither will they get out of packs.

Ok but you can get an 83 jarstein. Do you think they will rise much over weekend or more towards Tuesday next week!? Thanks mate

The fact Hradecky goes out of packs makes a HUGE difference. That is why I referenced all of the graphs above for La Liga – those players were out of packs and rose substantially as a result. There will be lots of Bundesliga upgrade packs opened this weekend, and limiting the Hradecky supply on the market will result in an increase in price.

I think Jarstein will go up, yes, but not nearly to the same degree that Hradecky will.

Balotelli and Pastore are also 2K Less than other Ligue 1 83’s. Worth throwing a bit of money that way

I think you can hold off buying them until next week, though. They should linger at those prices until we get closer to the Ligue 1 TOTS.

Yes, once he came out in TOTW that changed things. That’s why I put him in the TOTW 35 base investments.

Should we sell during the course of the first Bundesliga sbc or the second one?

Most La Liga and Prem base TOTS cards continued to increase even after the 2nd SBC on Tuesday. I stand by what I said above – sell when he hits 7,500 coins or on Friday, May 25th (whichever comes first).

Should we invest in tots? They are 60k and under alot of the?

If you can get them for close to 55k I think that’s a good buy.

Are tots worth investing in at mid 60k range

Ok thanks. Sorry, I just figured out that you answered the exact same question to a previous comment lol.

now he’s down to 1,5K since he isn’t really relevant for the sbc. 82 rated with tots who are usually 88 or higher rated at this point means there is no need for 83 rated bundesliga players. Let’s just hope the fact he is out of packs will help in any way.

Should we offload with loss or wait for tuesday..?

Considering he is the same price as Bundesliga 82s, he won’t drop anymore. Hold until Wednesday and see if he increases as supply diminishes.

It’s out and Hradecky is still low. You think he will go ?
Also, I have some TOTS players that I bought for 60k. Should I wait till Tuesday to see if it goes up?

cant help with the first question, but def hold your tots until tuesday, less supply since no new row players being released until then.

Yes, hold your TOTS until Tuesday.

What with my Hradecky’s? Wait until Friday or sell now with loss? :/

I’d wait until Wednesday. He is the cheapest 83 rated player in the game right now – hopefully he goes up a bit with the RoW TOTS SBCs on Wednesday.

How long to hold Hradecky for Chief? Still Friday? big loss atm so can’t get any worse. Any chance Tuesday’s SBC may be an 83 rated to push him up ?

Was thinking the same so far only the untradable sbc is out, maybe the tradeable one requires 83 rated players

I doubt Tuesday’s SBC will be 83 rated, but the RoW TOTS SBC on Wednesday might have a 83+ rating. I’d wait to sell until then.

I still can’t sell Hradecky with profit… Futchief what must I do ?

I’d wait until Wednesday. He is the cheapest 83 rated player in the game right now – hopefully he goes up a bit with the RoW TOTS SBCs on Wednesday.

Chief how are things looking now? Should we get rid of him?

Another question i have is how many coins have you made this year just with investments?

Hold until the RoW SBC is released later today. If he is not required, just sell and take the loss.

I think somewhere in the 10-15 million range.