Gambling your FIFA coins with some risky, but potentially rewarding, strategies (3 methods)

One to Watch cards were introduced in FIFA 17. These transfers would get an upgrade if they earned a spot in the TOTW. Coins are made when your OTW player has a goal or assist in his match. Buyers quickly swallow up any cards listed on the market in hopes the player will get a stat boost the following Wednesday.

Like other strategies, you can sell on hype for this as well. Say Eden Hazard has a big match on Saturday for his new club, Real Madrid. Buy his card on Monday and sell just before the match. It will go up for two reasons 1. Last minute investors will buy hours or minutes before the match and 2. People will want to use him for WL. You might miss out on profit if he scores, but you also don’t have to worry about him potentially getting injured and lose big.

This card is released the first or second Friday of the month as a set of four SBCs that you can complete to get a special player. In FIFA 18, EA often had SBCs that required you to have a specific player. This caused these specific players to shoot up in price, just like the case of Harry Kane below. 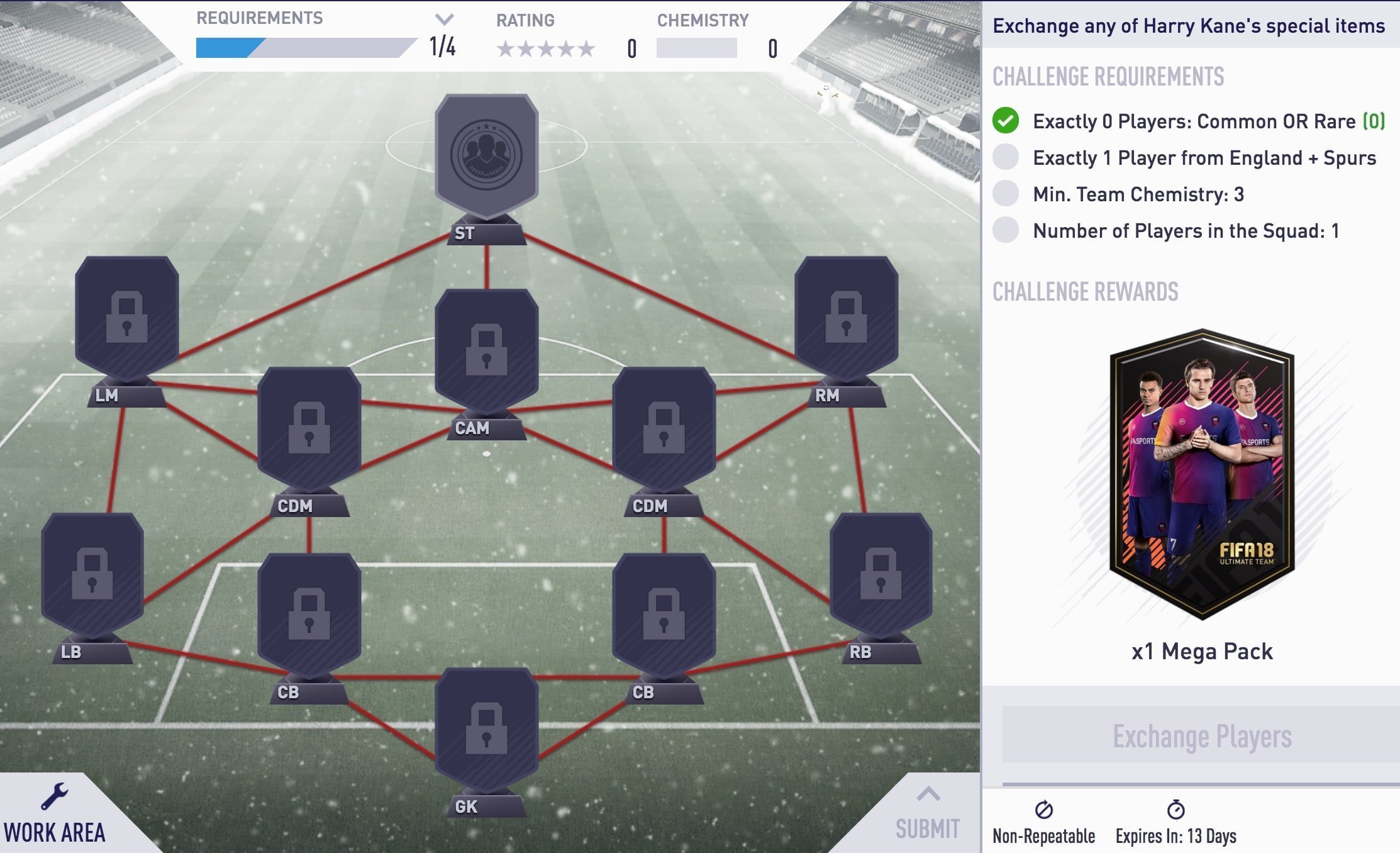 In FIFA 19, however, EA changed their approach to avoid this; requirements were less geared toward a specific player and more high rated and broad.

In any case, there are still coins to be made if you grab players that are required. For example, if Sterling were to win a POTM, a good investment could be a good look. They play on the same team (Manchester City) and for the same nation (England), both of which are often required for POTM SBCs.

Also, if you get ahead of it early enough it is possible to make profits on hype alone. Buy potential requirements a week out and sell the day before the release. A safer bet, but a sure bet.

Typically, this card comes out the Friday after the Premier League POTM is released (e.g. if the BPL is released on the 8th, the BuLi will come out on the 15th).

The same logic applies here as above; investing in players who share the same nation/club as the potential winner is a viable strategy.

Keep in mind, though, that BPL is a more desirable league than BuLi for most FUT players. Investments only rise is if people are actually interested in completing the SBCs to get the reward. A BPL POTM Raheem Sterling in October when there are relatively few quality cards on the market is much more appealing than a BuLi POTM Julian Brandt in February.

This is a technique for later in the FIFA trading season as players begin to get multiple informs. When the new TOTW comes out, many players panic sell IF’s if the player they have gets a new one. After looking at multiple cases, usually the low point of this occurs around 2 hours following TOTW release on Twitter (1 hour before they are released in packs). For example, in the 2 hours after Martial 2IF was released, his 1IF dropped to 145,000. However, 8 hours later, it’s price is up to 175,000, and by Friday it rose to 200K+.

Sometimes, the price of a player doesn’t rebound that quickly. In those situations, you can either choose to sell or gamble and hold on to the player for another week. Nainggolan’s 1IF was a good example of this from last year.