1. Out of Packs (OOP) Investing

One of most consistent money makers, undoubtedly, is OOP investing. Any time a player gets an upgraded card, such as TOTW or Halloween Scream, their gold card goes out of packs. This cut in supply often results in an increase in price.

See for yourself in these tables from FIFA 19.

The popular companion and web apps allow FIFA players to participate away from the console. They can make squad changes, buy and sell players, and even open packs. As a result, BPM became a widely used trading technique in FIFA 18. People with downtime could feed their pack addiction while making coins any time, anywhere. It was a popular strategy in FIFA 19, and I expect it to continue in FIFA 20.

A good guide for how to do the Bronze Pack Method can be found here. Note that a full transfer list is essential in order to maximize your profits.

Find a good market filter in which players are being won on bid for a good amount less than their lowest BIN. Typically, the best place to look to find these sort of filters is to search new SBCs as they come out; people often don’t yet realize the cards they possess have increased in value, and they list them on the market for far less than they are worth. In FIFA 18 and 19, I made most of my gains at the beginning of the year on silver midfielders from England (see this article for the specifics).

Players can be won by either bidding of sniping. Similar to BPM, a full transfer list is helpful to increase your profits while practicing this method.

Each player has a given quick sell value. For example, an 81 rated inform can be discarded for 9,882 coins (see here for a full list of quick sell values by version/rating). If I buy the card for 10,000 coins, I am only sacrificing a loss of 118 coins.

Investing in players for discard minimizes your risk to investment, and they can deem extremely profitable in the event that EA requires your card for some SBC.

Week in and week out, a viable strategy is to get buy TOTW players that are close to discard and sell them 7-14 days later. Typically, I like to target 80+ rated defenders from the big 5 leagues that are 15k or less. Their supply is decreased due to being submitted into SBCs, and consequently their prices (almost without fail).

Throughout the year, EA releases league SBCs that require submitting a full team from each squad in a league. The reward for completing all clubs is an upgraded, untradable special player, such as Hamsik from Calcio A or Giovinco from MLS. 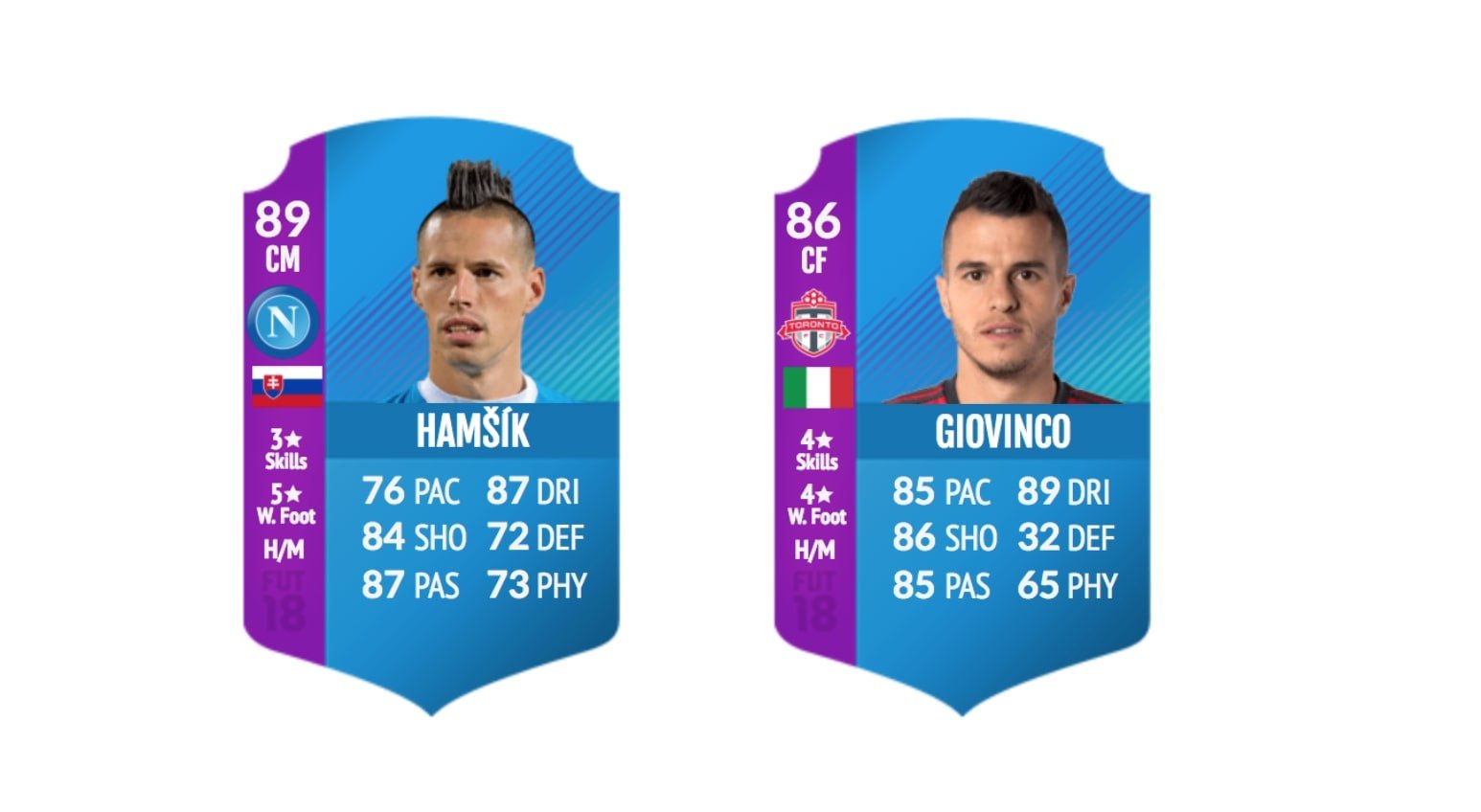 These can be extremely profitable if you get ahead of the curve and buy low supply, high demand players before the SBCs are released. For example, there were very Crotone defenders in FIFA 18. A few weeks after the release of the Calcio A SBC, many of their prices doubled, tripled, or even quadrupled in price.
Steps to Investing in League SBCs
1. Choose one of the top 5 leagues (Bundes, Calcio, La Liga, Premier, or Ligue 1) that has yet to have a League SBC.
2. Look into club rosters to find where there are limited options available at a specific position (e.g. only 1 LB, only 7 total defenders, minimal gold cards for defenders, etc.).
3. Buy silver/gold players that fit the above criteria and remain undervalued.