5 Players You Will See More of in FIFA 18

After much anticipation, EA has released its demo for FIFA 18. While there is a lot to be excited about, most fans of the video game look most forward to their first look at player ratings and in game stats. Here are 5 players that saw generous stat increases and, as a result, will be used more often in this years game. 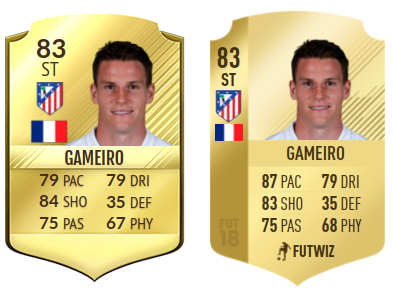 This La Liga forward was by no means unused in FIFA 17. However, a hefty pace upgrade of +8 will undoubtedly make him more sought after this year. His French connection presents a nice option for hybrids, and a perfect link with Griezmann can make for a deadly combination up top. If his price doesn’t reflect this pace upgrade, he might be a worthwhile investment early on. 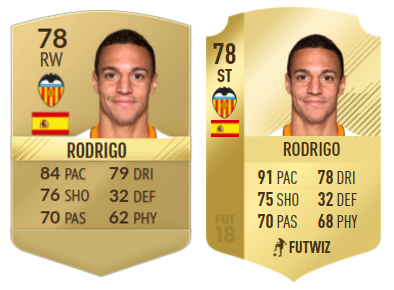 Speed kills in FIFA, and Rodrigo will be seen slicing up defenses all season. Respective pace and physical upgrades of +7 and +6 make him a dangerous weapon on the counter. Also, a position change to striker will make him usable in more formations. Keep him in mind as you build your starter squads. 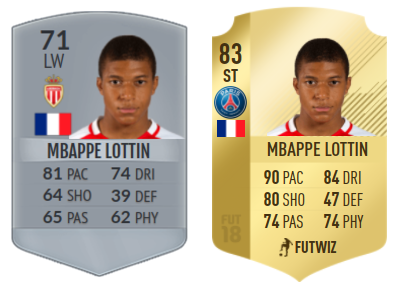 Topped off with a transfer to PSG and position change. Safe to say 2016-17 was a good year for Mbappe. 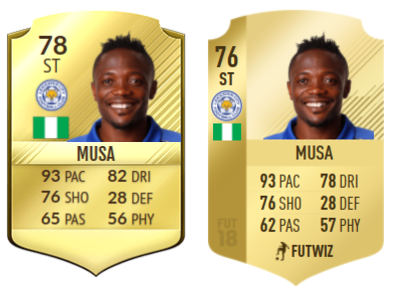 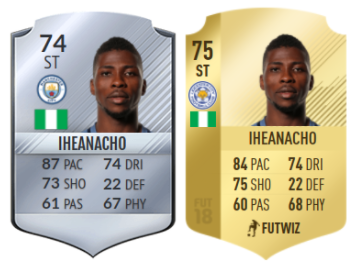 It is only fitting that these two Nigerians be put together. You will be seeing them side by side all season. Although neither of them have dazzling stat increases, Iheanacho’s transfer to Leicester City now creates a perfect link with Musa. Say hello to your weekend league competition for the next three months.