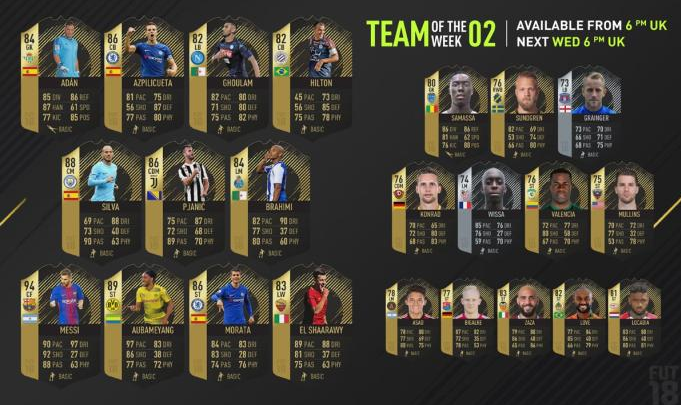 NOTE: There is a lot of risk with the following trading strategies. If you don’t feel comfortable, I suggest just holding on to your investments and waiting until October 6th to sell. Also, these suggestions don’t apply for TOTW2 or OTW base cards as they are out of packs for this period.

FIFA players everywhere are ecstatic in anticipation of Friday. For some, it means they will be able to play the game for the first time. For others, the release of OTW cards in packs, as well as the chance to packs TOTW Messi or Aubameyeng, has them emptying their wallets to get their hands on as many FIFA points as possible. For those couple hours following the One’s to Watch release, packs will be opened at a rate where the supply outweighs the demand. Therefore, expect player prices to take a substantial hit during that time. Sell your investments to avoid this loss.

For the same reasons that you should sell your investments on the 27th and 28th, look to buy players immediately following OTW release in packs. My method of doing this is fairly simple: monitor some players’ prices in the hour before the event. Then, gauge how their price decreases after people open their reward packs. If their low BIN falls somewhere between 15-25%, look to buy.

Many people, myself included, have had a date with FIFA 18 this coming weekend for quite some time. Lots of people will be playing, and as a result the demand for players will increase. Look to on Saturday or Sunday and make some quick coin from Friday’s purchases.

Prices will take another hit on early Monday morning when Squad Battle rewards are released. For the same reasons as the OTW card release, look to buy during this time as well. Use the same procedure as Friday; look at prices the hour before, and if they decrease 15-25% look to buy.

This will be the first weekend league for FIFA 18. As the rewards are great, people will be building squads so they have be best chance at success. Its hard to say when prices will hit their peak, so monitor low BIN’s starting on Thursday; sell when you are happy with the profit.

Monday morning will be the time to buy for the entire FIFA season. With the conclusion of weekend league and release of squad battle rewards, there will be mass undercutting happening at this time. As mentioned in the Medium Risk Trading methods, look to make safe, reliable coins with this strategy all year long.

So should I sell my Muller, Bellerin, Gabriel Jesus, Bakayoko and Martial all today and then look to buy some players tomorrow when the price drops?

Bakayoko might get a OTW card, so I would hold on to him. For the others, yes; try to sell sometime in the next few hours and buy back tomorrow.

Packed Bigalke TOTW card. He’s not very good obviously, but what should I do with him? Never had a TOTW card before.

Sell and invest elsewhere. Possibly buy a Semedo if you have the coins?