The FIFA 18 full release is only 5 days away. As mentioned in previous articles, player prices will increase from now until then and peak on the weekend of October 6th-8th. Any investment you make will go up, but these are the cards I think will rise the most. 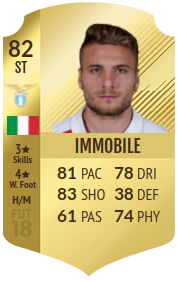 Why: Knocking in two goals and an assist against Verona, Ciro Immobile will most definitely grab a spot in TOTW 2. This will force him out of packs, causing a short supply of the card for the upcoming full release. As he is a solid option for starter squads, look for his price to double – and possibly triple – in price.

Result: Unfortunately, Immobile didn’t grab a spot in Team of the Week 2; he was in packs yesterday during the full release, and his price dropped as a result. He is 2300 coins at the moment. Luckily, I only grabbed 1 of him, so not a huge loss. 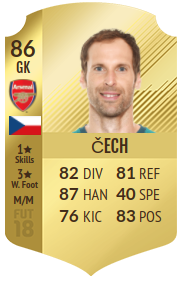 Why: Arsenal keeper Petr Cech is by no means a standout ultimate team player. However, his 86 rating makes him extremely valuable for SBC’s. August Player of the Month Mane and September POTM Aguero (most likely) will be released in the next few weeks. High rated squads will be required, and as a result the price of Cech’s card will see a solid increase. He is the cheapest 86 rated player at the moment. Don’t expect most of the FIFA community to know that until player prices are released on FUTBIN.

Result: One of Mane’s POTM SBC’s required 11 Premier League players with a minimum squad rating of 83. Cech’s price shot up from sub-20K to over 40 in the hour following the announcement. I doubled my investment, and the only regret I have is not buying more of him. For future reference, remember that high rated Premier League players are always a good bet. 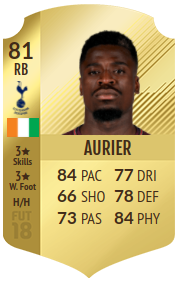 Why: With his transfer to Tottenham, Aurier will likely get a One to Watch card on September 29th. This will force his card out of packs, limiting his availability. This, along with the fact that he provides a strong link with standout Eric Bailly, will make him a player that is both high in demand and low in supply.

Result: The Hotspur right back earned a spot in the OTW and is already up to 14K. I could make solid profit now, but I will hold as he will remain out of packs until October 9th.

These are three good options, but I have plenty more. Comment if you are curious!

Hello, really nice website, i will share it to my friends. I have about 500k, in what should i invest?

Hi Luca, thanks! I think Nelson Semedo has the most upside for an investment this week. I just bought 40 of him. I’m going to write a post on why here soon, so check back!

Semedo is really expensive now, but i bought some bernardeschis, when should i sell him?