Doing well in weekend league can yield you tons of coins and pack rewards. There are two ways to getting into this exclusive tournament: getting to Division 1, and winning a Daily Knockout Tournament. Because few people are able to reach the top division, the DKT is often the only option for qualification, and people will build whatever squad necessary in order to win.

Like most investments, the earlier you buy the better. Just yesterday, FIFA released this requirement for October 16th and 17th. 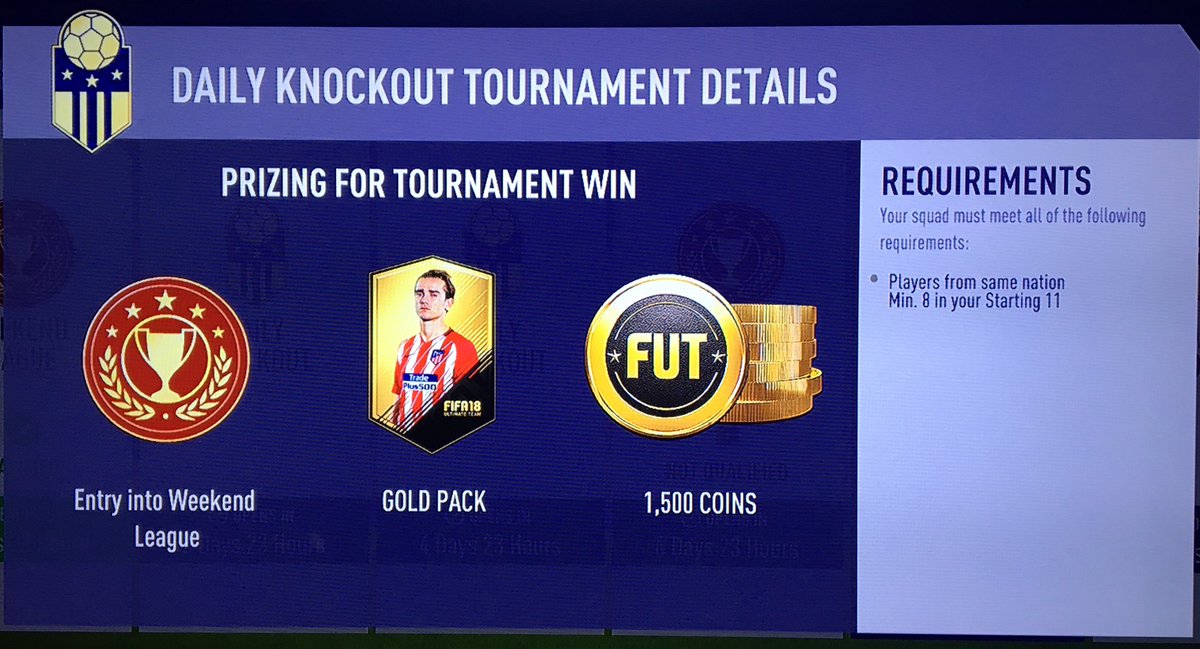 Because there are few nations with enough players to make for a competitive DKT squad, this requirement presents a good investing opportunity. People will turn to France, England, Spain and Germany for their teams.

While top-tier players might see an increase, the affordable, mid-tier cards will of the best return on investment for these tournaments. Also, people prefer to put coins into attack over defense, so forwards are the better investments. So, let’s look at few options. 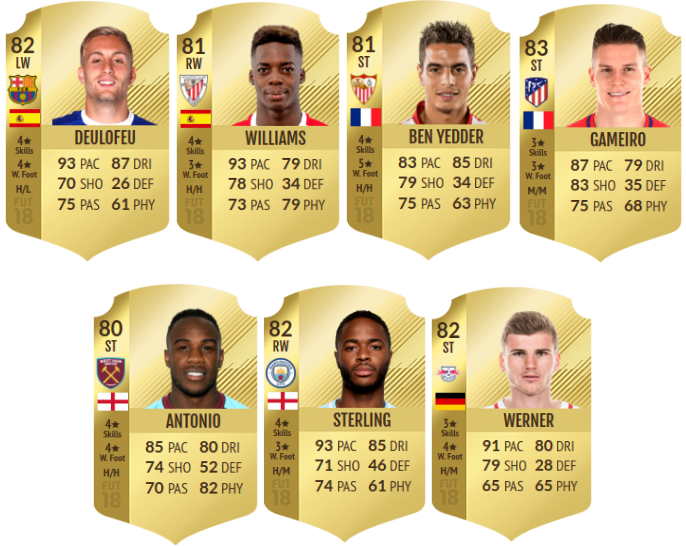 All of these players are reasonably priced, have solid pace, and are well known in the FIFA community. I wouldn’t invest heavily in any single player; I’d recommend to buy a few of these cards after Squad Battles Rewards are released this Sunday, store them in your club, and look to sell on the 16th.

Now, do I think this will be an investment where you are going to make loads of coins?. No. There are too many options for building squads for any specific player to rise dramatically. When we have Daily Knockout Tournaments requiring silvers or some other stipulation where choices are limited, that is where you will see huge gains. However, I wanted to make a post about this to give you guys another idea of an investing strategy.

Enjoy the WC Qualifiers this weekend, and don’t lose your cool in WL/SB!

Recommend any players to invest in when squad battle rewards are out? And any sniping methods? Cheers! PS can’t wait for fantasy FIFA 🤙🏽

It’s hard to say until you see what players take a hit in price. I will say that Otamendi is a great look for investing with the potential Aguero POTM coming up; even if he isn’t required, you can still sell on the hype. Also, high rated BPL players (85s, 86s) would be a good look as well. Keep an eye on some OTW card prices as tomorrow will be the last day they are in packs.

I know its not related, but ive noticed on ps4 squad fitness seem to be going for around 500-700 coins. is it worth picking some up?