EA debuted “Halloween Scream” cards for the first time in FIFA 17. They were released in packs on October 21st last year, and initially these players were no different statistically than their base cards. However, when 6PM hit on October 28th, each of the players received MASSIVE boost. Here are some of the upgrades from last year: 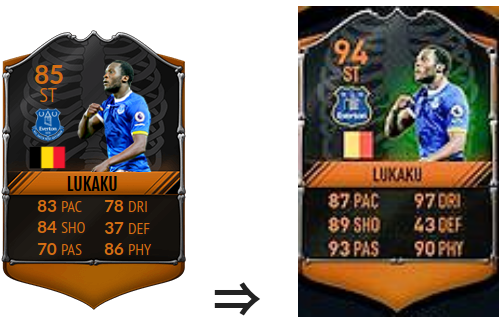 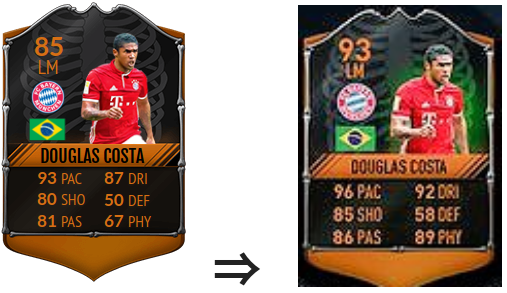 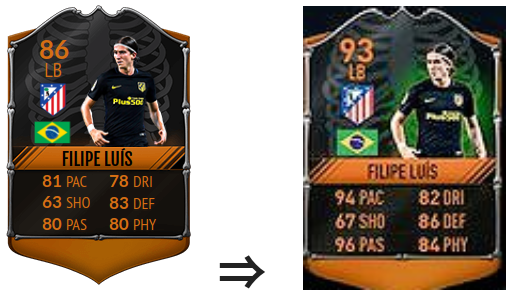 However, these boosts only lasted for five days; the cards went back to their original stats on November 1st.

Timeline For This Year’s Scream Team 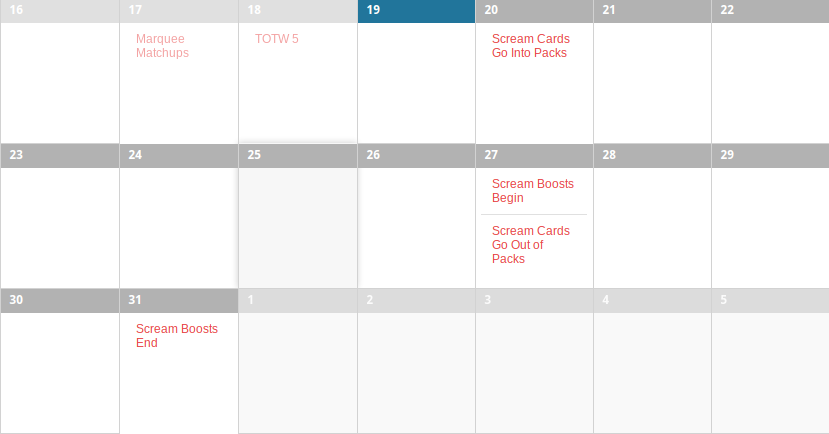 This year, Scream Cards will go into packs on October 20th. Prices will likely hit a low on Sunday following squad battle rewards and increase in price leading up to the event. Here is how Lukaku’s price moved for last years event.

However, not all Scream cards saw such a big increase leading up to the Friday boost.

While these card could offer a quick flip, realize that there is a possibility their prices, like in the case of Luis and Costa, stay put in the days prior to the event.

Another thing to be weary of is the crash that occurred with all of these cards when the boost began last year. In FIFA 17, many people saw the these upgrades as an investing opportunity. They had the idea that when the boost began, it would increase the demand for these players. However, too many people invested and, as a result, flooded the market with these cards causing a chain reaction of mass undercutting. If you do look to buy these cards after SB rewards Sunday, be sure to offload your investment by Thursday at the absolute latest.

Much like TOTW, any player that gets a Scream card won’t have their base card available in packs. Because of this cut in supply, these gold cards saw an increase in price over the Scream Team pack duration last year.

Not huge increases, but their prices rose nonetheless. Like last year, I’d recommend to buy shortly after the announcement on Friday. Look to sell on Wednesday or Thursday before WL rewards.

During big events, EA often releases SBCs tied to those events. Last year, completing the “Spooky in the Centre” challenge gave a reward of Mario Gaspar. 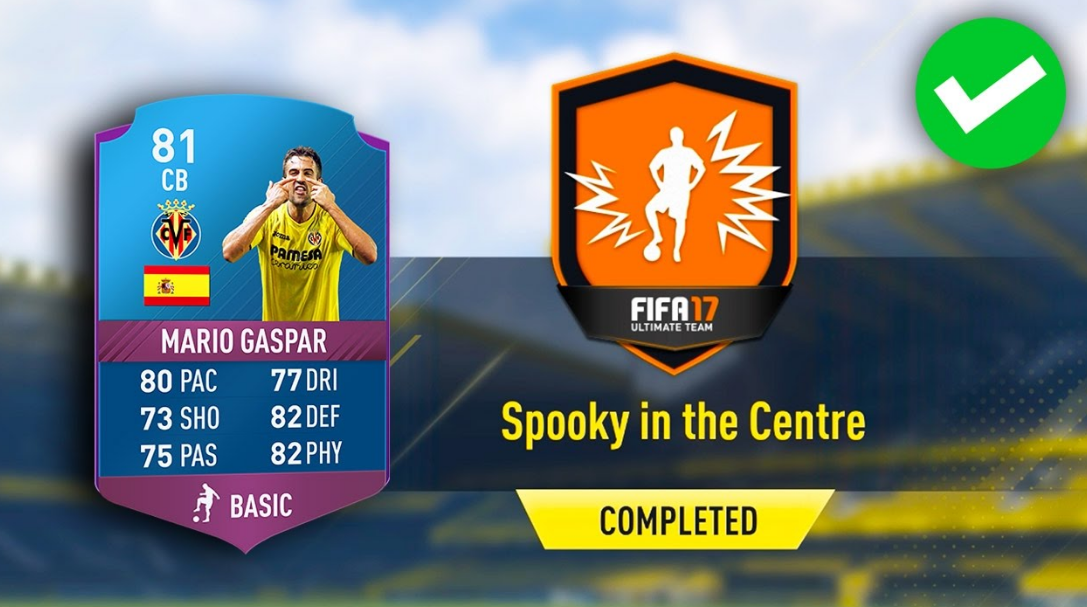 These challenges almost always require some Scream card. Because of this, the cheapest scream cards often increase in price toward the end of the SBC duration; the supply gets depleted, and the prices bounce back following the “boost” sell off.

The same price pattern follows for other cheap Scream cards as well. So, monitor FUTBIN toward the end of the boost period (Monday the 30th or Tuesday the 31st), buy the cheapest Scream card, and watch them rise as the SBCs come to a close. NOTE: This method only applies if there is some SBC that requires a Scream card, don’t invest in them otherwise.

I think the community learned from last year and try to bank on these cards on thursday instead of friday. Maybe wednesday night going to be the perfect sellout time who knows.. its always an advantage if you a step ahead