Kill it in Weekend League recently? Have an insane pull in a pack? Make bank on some of your investments? Here is your chance to gloat about it.

This week, the Allsvenskan MVP SBC took us all by surprise. It requires at least one TOTW and a maximum of 2 leagues.

Luckily, I always throw some discard informs in my club and had the only 2 Allsvenskan TOTW players – Stefanelli and Sundgren. 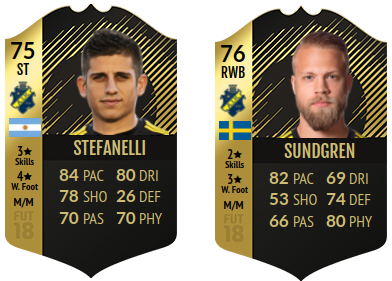 Each purchased for under 10k, I flipped them both for about 25k on Tuesday. I might have been a bit premature in selling as their prices have increased since, but profit is profit.

On top of those two investments, I have also had great success recently in squad battles. After reading up on some tips from consistent top 100 players, I decided to switch my formation in game to this: 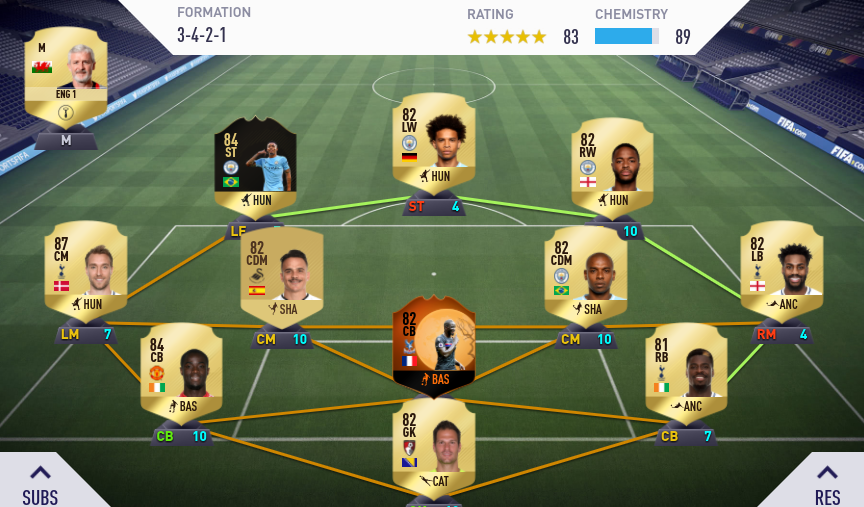 Since switching to the 3-4-2-1, I consistently get 2500+ points a game and am easily ranking Elite 1 in Squad Battles. If you are curious about some other tips for getting the most points possible, I’m more than willing to share!

So, what do you guys have to brag about this week?

Would definitely be interested in the tips for getting the most points possible! I’m consistently at elite 2 and keen to press on and get to elite 1
Thanks!

On legendary difficulty, each goal you score is worth 140 points. The max is limited to 5 goals, so you can get up to 700 points for goals scored. On the other hand, giving up a clean sheet only docks you 70 points, and each goal conceded after that deducts 20 points. So, in a 3-0 victory you’ll be getting 420 points, while in a 5-4 victory you’ll get 550 points (not counting other bonuses).

Not to mention the AI play like idiots in extra time. I always find it is easiest to score goals in those 30 minutes.

I don’t think this is correct. The goals are the only thing that is not included for the multiplier.

Yes, I switch in game to that. The AI can’t seem to handle the pressure, and it is a great formation for the counter attack.

Can you give player instructions and custom tatics for that 3-4-2-1?

I don’t touch the instructions. As for tactics I use: