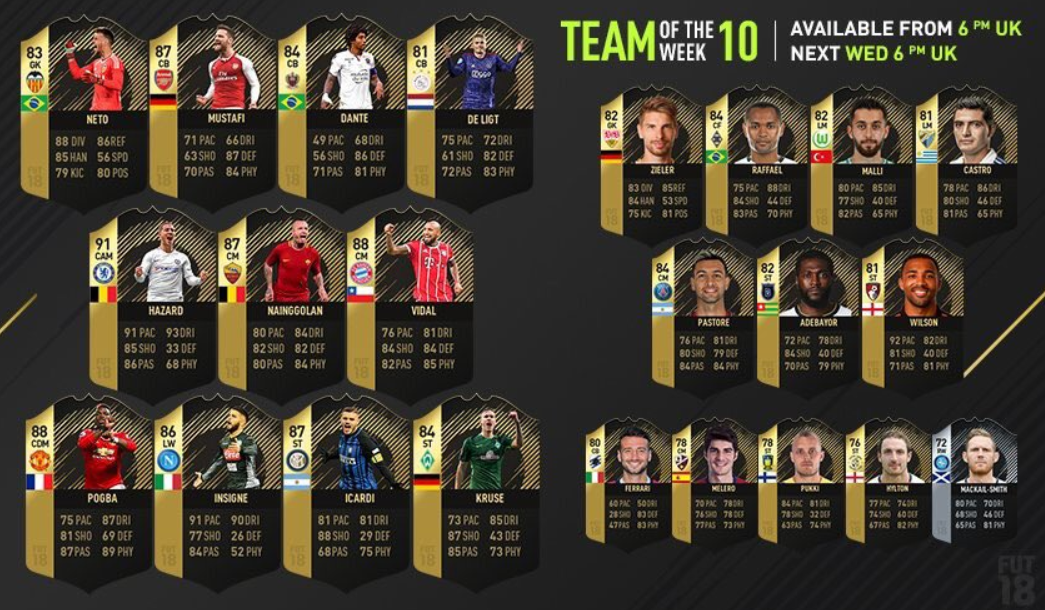 Would buying a couple of the 84 ratings hopefully on the cheap be a good idea? If so, what day would be the best?

I have my eyes on 84 Dante. My guess is Friday will be the best time to buy, somewhere toward the end of the lightning round cycles.

When is team of the group stage going to be released? Do you think Mo OTW is a good investment for that?

Any OTW or PTG player that played well in the group stages would be a good investment for that. Salah has scored 3 goals and recorded 1 assist in his Champions League matches, so I think he will go up on hype regardless of whether he makes the squad or not. Now is a good time to buy as his price took a hit today after he didn’t make the TOTW.