With many leagues returning to action, there are a few good options for Marquee Matchup investing for next week. Here are 4 fixtures that I think could make the cut. 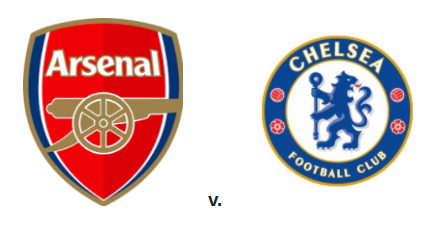 I’m a bit skeptical that EA will pick this matchup as Arsenal was recently featured in Week 13 Marquee Matchups, but top Premier League fixtures tend to be featured more than any others. Gold cards from either club should do the job.

Known as the “Derby de Lisboa”, this rivalry has even more at stake as Benfica and Sporting sit at 3rd and 2nd in the table, respectively. In my opinion, this matchup has the best chance at getting picked by EA. Look to get discard Portuguese golds from either.

The next installment of the Seville Derby kicks off on Saturday, January 6th. Sevilla currently sits in 5th place and Betis in 14th, so more is at stake in terms of rivalry than table. As always, discard Spanish golds from either club are a good look.

The Hyundia A-League has yet to be featured in Marquee Matchups this year, but that could change in this showdown between the top 2 clubs of the Australian league. If EA sets heavy requirements, you could make some serious coin off of this matchup. Look to get some silvers from either club on bid for less than 500 coins.