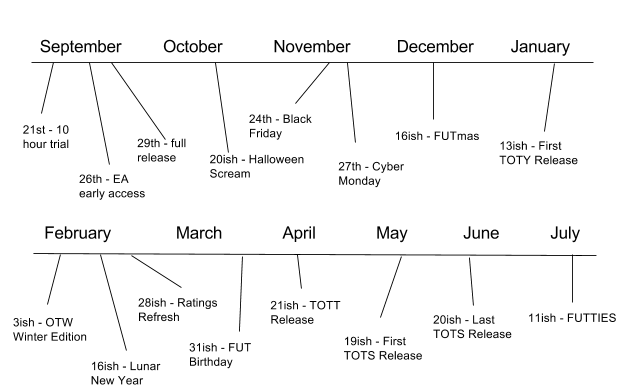 A new year has come, and along with it we have many FUT events to look forward to. Team of the Year, Winter OTW cards, and Lunar New Year will all be coming our way in the coming weeks. Here are some ways you can both profit and save from the events.

All event dates are approximate as they are based on when they occurred in FIFA ’17. 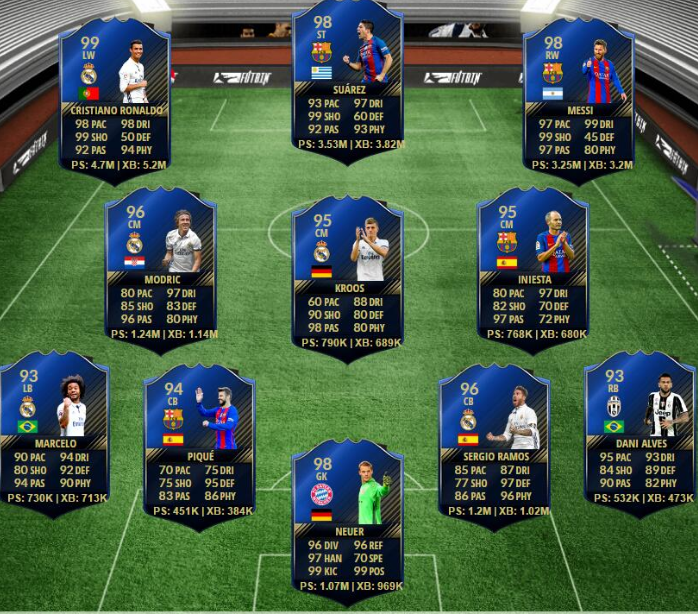 Sometime in the next few weeks we can expect to see these blue cards enter the FUT arena. EA has yet to release details of specifics of the event, so we can’t be sure exactly what we will get. If previous years are any indication, TOTY players will be released in batches; defenders will be in packs for a few days, as will midfielders and forwards (in no particular order – EA released forwards first last year). After that, there will be a full release of all TOTY players, along with it heavy pack promotions. You can expect the market to take quite a hit when that time comes.

My advice? Offload any gold cards you have before the event comes to avoid the crash. Informs and special cards that won’t be available in packs shouldn’t be as much of a concern. In addition, look to get some high rated cards for deals during lightning rounds as they will be good investments for the OTW Winter edition SBCs (see below). 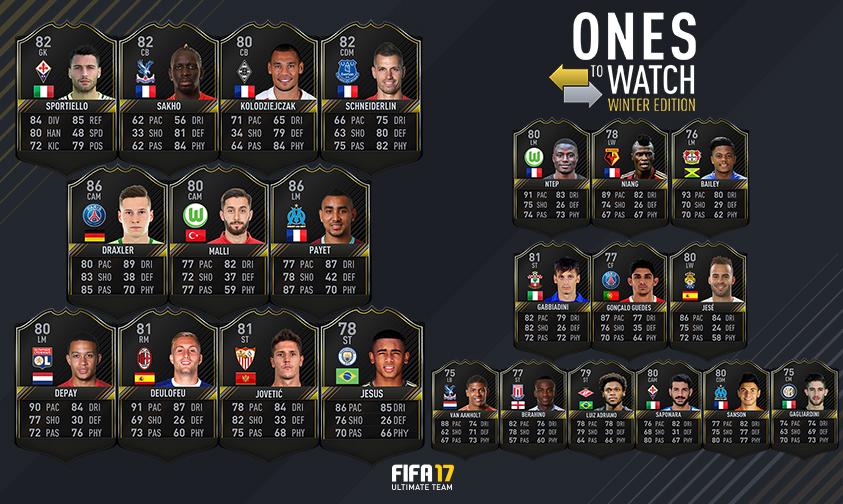 Just like Ones to Watch from the beginning of FIFA, EA also releases OTW cards for winter transfers. Along with it, SBCs are released, and this is where a serious investing opportunity arises. Last year, there were both tradable and untradable OTW SBCs that guaranteed you get a player from either the summer or winter OTW. Check out the exact requirements here.

My advice? Buy up some cheap summer OTW cards in anticipation of this event.  Here are the cheapest Ones to Watch players at the moment. In addition, grab high rated players during TOTY pack promotions.

Special pack offerings will flood the FIFA market. This caused a major crash from 52 points on January 26th to 41 points in FIFA ’17.

My advice? Sell off all your investments during the OTW Winter Editions SBCs to avoid losing out on coins from all of the pack openings during this event.

I hope this gives you a good idea of your investing trajectory over the next few weeks. As always, leave any questions below.

Hey Chief, thank you for writing this up and providing some insights into market dynamics!! The most valuable cards I have are Dybala, Nainggolan and Lewandowski. In light of the upcoming toty release, potential upgrades (especially Dybala) and the lunar New Year event, it might be best to selll all of them now and to rebuy them once the market hits the bottom (Feb/2H?).
Would you back up such an approach?
Best regards,
thegoodzilla

Yes, that sounds like a good plan. Lunar New Year is when I’ll likely be buying my squad as well.

Thanks for the reply!

will high rated golds like bale sandro and david luiz drop during the crash or hold their value due to the high demand?

They will still drop. There is too much supply hitting the market all at once.

Is it worth 83/84 investing during TOTY?

Yes. As long as there is a guaranteed OTW SBC for the winter OTW release (which I’m quite sure there will be as it makes sense from a business perspective for EA’s side), you will make some nice profit after holding for a few weeks.