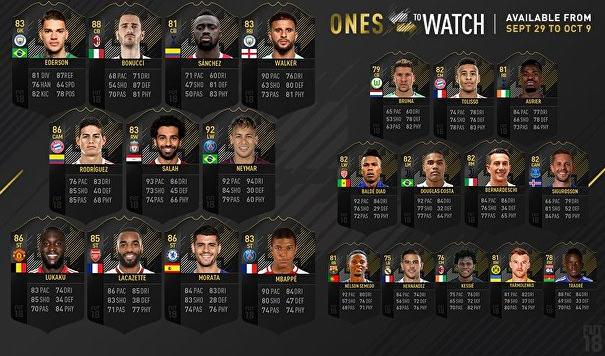 The highly anticipated Winter OTW cards will be released on Friday, February 2nd and last through the week/weekend. EA will promote both tradable and untradable SBCs related to the event. Here is how you can best profit off of this coming weekend.

As I mentioned, EA will release four SBCs for the event this weekend – 1) a tradable summer OTW SBC, 2) an untradable summer OTW SBC, 3) a tradable winter OTW SBC, and 4) an untradable winter OTW SBC. With so many highly expensive/highly desired OTW players out there (Neymar, Salah, Mbappe, Ederson, Walker, Aubameyang, Sanchez), you can be sure that the FIFA community will be in a frenzy completing these challenges. As they are completed, the supply of OTW cards hitting the market outweighs the demand, resulting in prices dropping substantially.

Shown below are both Mane and Dembele’s OTW graphs from FIFA ’17. Notice that they bottomed on Sunday only to increase dramatically in the following two weeks.

These cards greatly increased for 3 reasons: 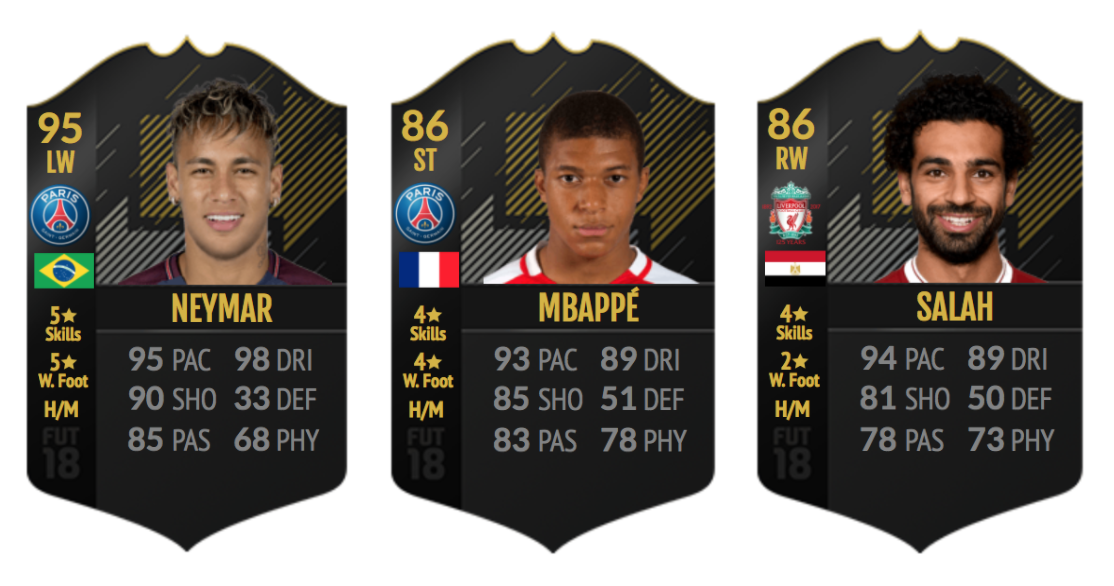 Neymar, Mbappe, and Salah all are likely to get upgrades in a few weeks. In addition, they are some of the most rapid players in the game, making them some of the most widely used. I would keep an eye on their prices this weekend and look to buy on Sunday if you have the funds.

Hi chief,
I have around 1.5M and I don’t know what to choose for my future investments. Do you have any advice?

This article was meant as investment advice. In addition, I’ll be posting POTM investment options for Aguero later today. In the meantime, you can refer to this article to get some ideas.

January 6th is TOTY time, and the entire market tends to take a hit during that period because so many packs are opened in a short period of time. This causes a massive supply to hit the market all at once, and the demand cannot keep up, thus driving down prices.

The same thing will happen this weekend with OTW players; people will complete the OTW tradable SBCs, put their rewards on the market, and individual OTW prices will plummet.

Ive seen that Eriksen will get an upgrade.

2) Or will his cards automaticly upgrade, leaving him with still 3 cards instead of 6?

If thats 2) is the case, why has his hero card gone Down is Price?

3. Where have you seen his hero card going down in price? It has been steadily increasing. Hero Eriksen Price

Ok, thank you 🙂 yes he has gone up like all other if cards since toty but just thought he hit the 400k mark, and saw him earlier today at 375k. But thats proberly just the normal marked bounce.

I have 1.5 million to investor. Thinking of buying one mbappe and one salah. When is bets time to buy? Now or later this week?

Later this week. I don’t think the demand will be able to keep up with the supply, and their prices will continue to decrease as a result.

Hi already mate. When i was ready to buy Salah i was see Lacazzete.
He is in their historic lower price, do you think its a good investing to? (I say this becouse lacazzete have a lower price than salah and i’ll lose less coins with ea tax)

Lacazette hasn’t played well this season for Arsenal. With the recent addition of Aubameyang to the roster, I don’t think the rest of the season looks promising for him. I’d avoid his OTW.

So i was lucky enough to Pack Diego Costa, Batshuayi and Tosun all Winter OTW, could you please give me some Advice? should I keep hold of them? or sell them? or when would be the best time to sell them to get maximum profit. I am a rookie when it comes to all of this. appreciate any advice you can give me. Thanks

You can refer to the High Risk Trading page for information on when to buy/sell OTW players. For this particular situation, I’d think about selling in a week or so as I think their supply is outweighing demand right now because of the SBCs.