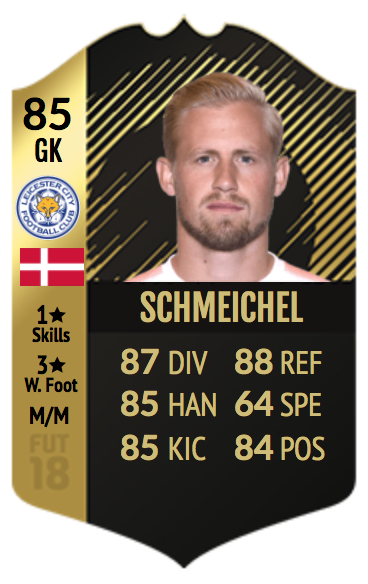 Reasoning: As seasons come to a close, EA will release special POTY cards. On Sunday, we saw this SBC for POTY Sessegnon from the EFL Championship. Last year, EA released the BPL POTY and YPOTY SBCs for Dele Alli and N’golo Kante on Monday, April 24th. I would expect to see them released over the course of the next several days.

While we can’t be sure exactly who will win these cards, we can venture a guess as to what the SBCs might look like. Last year, both Alli and Kante had high rated informs required in at least one of their SBCs. At the time, Olivier Giroud was the cheapest 85 rated BPL inform on the market. Here is how is price reacted after the SBC release: 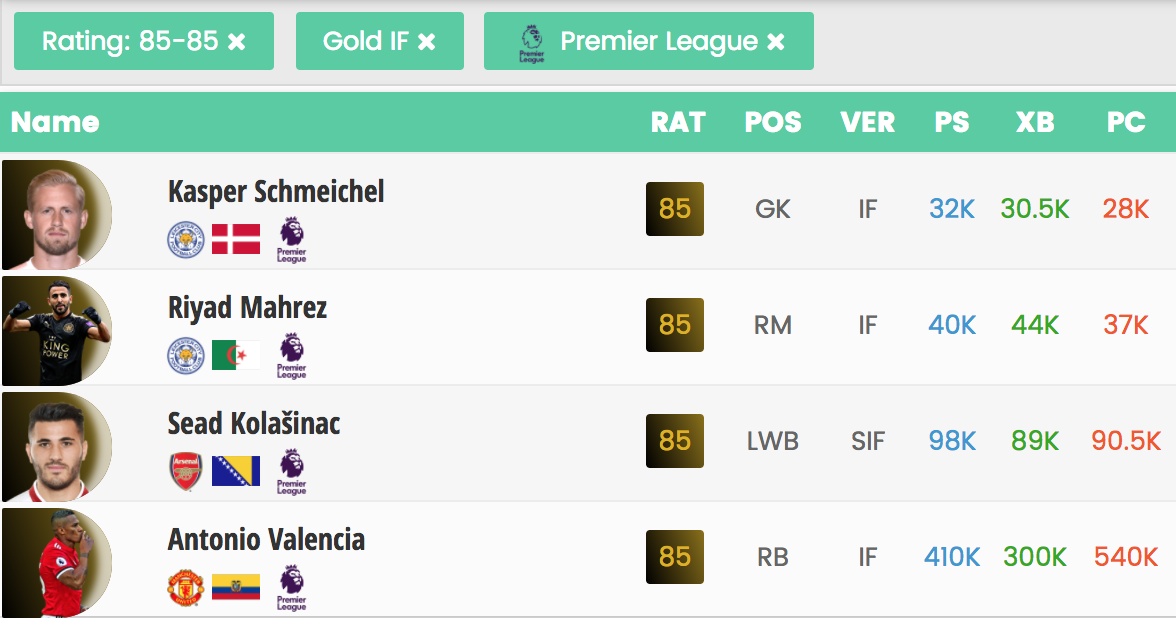 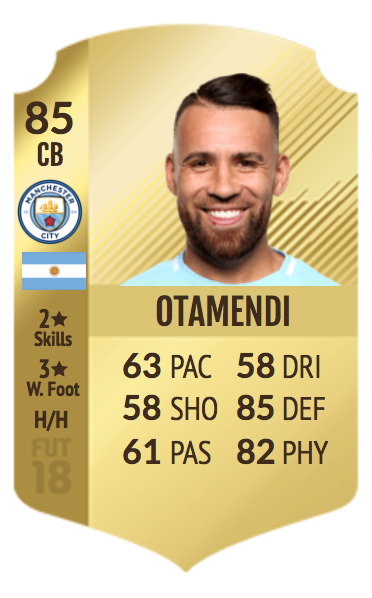 Reasoning: Similar to informs, high rated base BPL cards also saw a nice rise because of the SBC requirements (11 BPL players with a minimum 84 squad rating). Here is how Koscielny’s price responded: 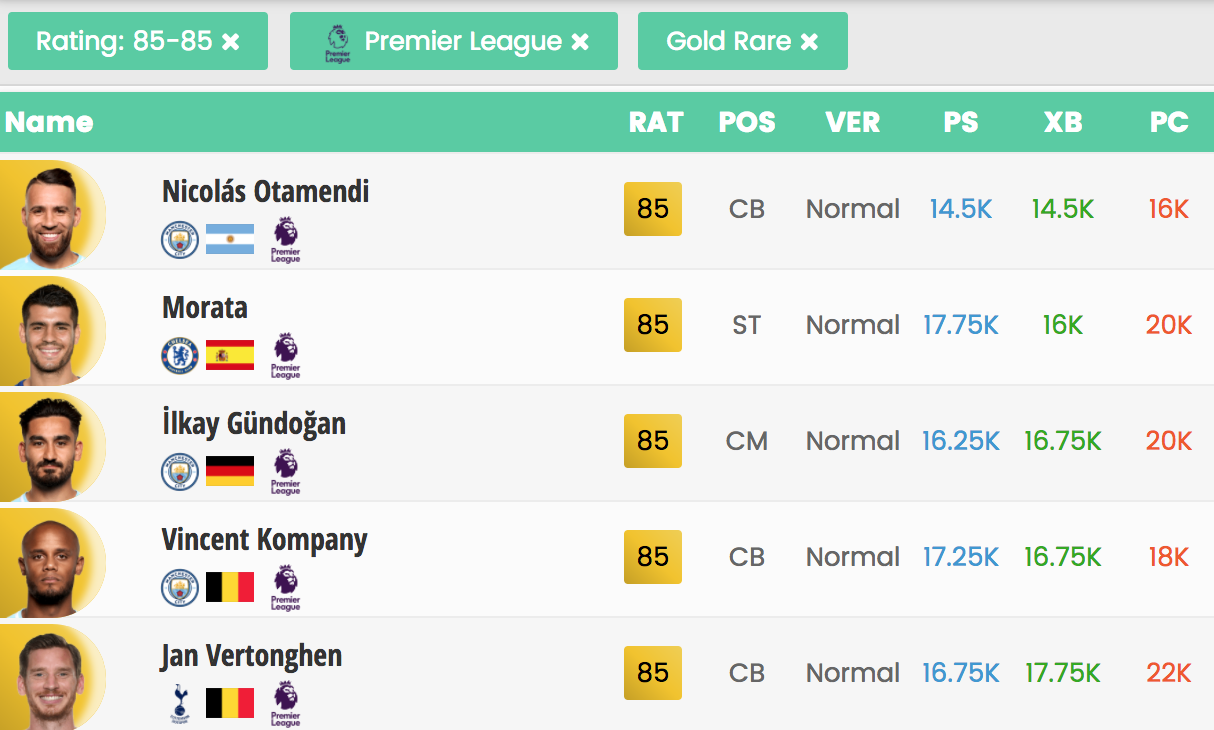 NOTE: If we get TOTKS on Friday, Otamendi’s price will take a hit as there will be loads of packs being opened. You might be better of waiting on him until Friday, just in case.

Schmeichel is already at 34k, is it still worth investing?

Too risky in my opinion. I still remember the loss I took with Futmas when I bought high rated IF.

Definitely not as safe as buying discard informs. If those drop in price over the next couple days, I’ll definitely be buying up more. Just waiting until 81s get closer to the 13k range.

Riskier at that price – I’d stay away unless you can get him for cheaper.

There also might be opportunity to buy informs later in the week if they drop in price. Don’t feel like you need to throw your coins at something just because you are liquid. Be patient and only take investments you have carefully considered.

Getting Schmichael for 30k or less on PS4 isn’t going to happen. He’s budget from 34k.

While 81-82 went up to 18k due to EFL POTY, 84s ifs still look like a great investment for EPL POTY which is announced this weekend. I believe this is the last credible investment before TOTS. Chief, what do you reckon?

Yes, they are worth a shout for the same reasons that I recommended Schmeichel as an investment. These are the current cheapest 84 rated PL informs.

Honestly, I think 84s might have better ROI than Schmeichel. Thanks for pointing that out.

Yes, that is a good deal too. Hard to say which will have a better return. I think either is a good look as there are plenty of SBCs that will be coming in the next couple weeks (Player of the Years, mostly) that could require high rated informs.

So the ROI is better with 84 than 85 no? Thanks a lot again for the really nice profit with IF!!

It depends how high they rise to. I got some for 14k. If they get to 20k again, I’m going to sell. If not, I will hold and gamble.

Is there a chance that ea will not release bpl poty at all? If so happen, will the investment of schmeichel if and other premier league (84 rated if) be useful for bpl tots?

Thinking of picking up a few if Joe Harts as investments for poty. What do you think is a good PS4 price to aim to buy and sell for?

He’s not a bad look since there will likely be some SBC that will require higher rated informs over the next several days. I’d aim for 22k as a target buy and 30k as a target sell.

At this moment the 83/84 players are low. It will be a good option to buy, since the SBC will need this type of players?

Yes, and I think 83s are a better look than 84s as they will have a better ROI.

Would 40k Zlatan be a good investment for the POTY SBCs as he is by far the cheapest 88 bpl striker?

Any of the cheapest high rated players from the Premier League (Otamendi for 85s, Silva for 86s, Eriksen for 87s) has a good shot at being required for the BPL POTY. They are decent looks right now.

POTY just dropped. I invested in Morata, Otamendi and IF Schmeichel and being that high rated Chelsea players, Man City players and 84-85 IF’s are a must in the SBC’s, I’m very happy with my choices of investment.
I’m planning on shifting my cards tomorrow afternoon in the hope that SBC cards peak in the evening as they did with the Sessegnon SBC (presumably because the SBC’s are coming out around midnight when everyone in the UK and Europe is asleep). Is this a good plan or should I be looking to shift my cards ASAP?
Happy trading.

Yes, wait until tomorrow to see what their prices look like. I bought 5 IF Sane prior to the announcement and will be doing the same with him.

I’m waiting ’til after 6pm when I presume the traffic on FIFA will be at its busiest. Hopefully Otamendi and Schmeichel might pick up a bit of a boost as more people exhaust their cards (although they’re both dragging their feet so far in terms of climbing in value).
Do you have any ideas as to what might make a nice investment post-POTY?

Not at the moment – I’ll be sure to post on here when I see a good shout.

Just had a thought: Is there any profit to be made out of investing directly in TOTS cards in the same manner one would invest in TOTW cards i.e. are they likely to rise in value once they leave packs?

Last year, tons of packs were opened when Premier League TOTS dropped on May 17th. Prices of these players hit a low on the day they came out (see Kante as an example) and rose in the weeks that followed. It’s risky business for investing, though – hard to pinpoint when they will bottom out.