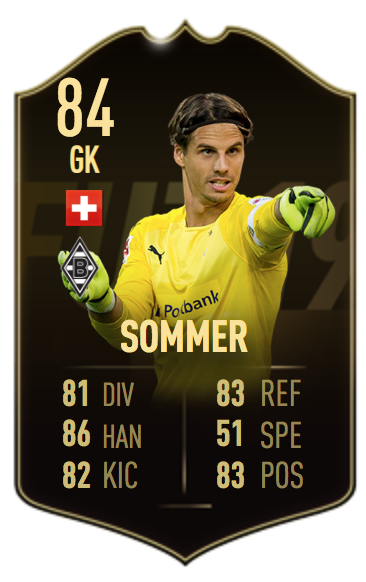 But what makes Sommer a particularly good look for FIFA 19 is the fact that we will be getting Bundesliga POTM cards this year.

The Premier League Player of the Month consistently requires informs from the BPL. Check out these examples from last year: 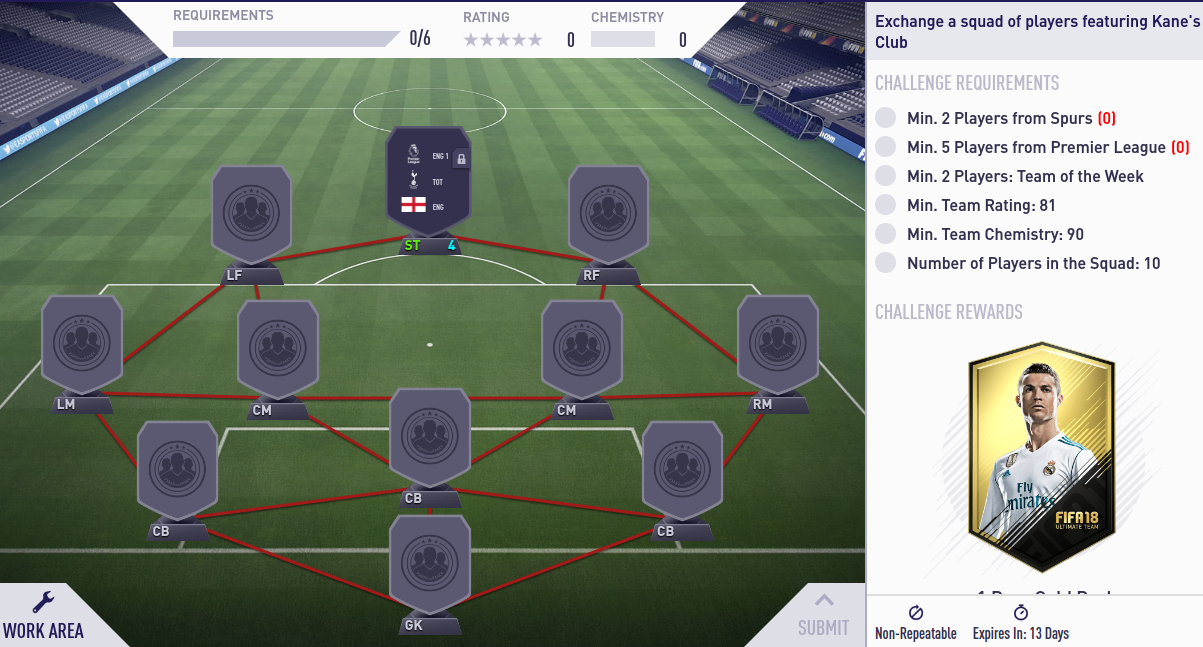 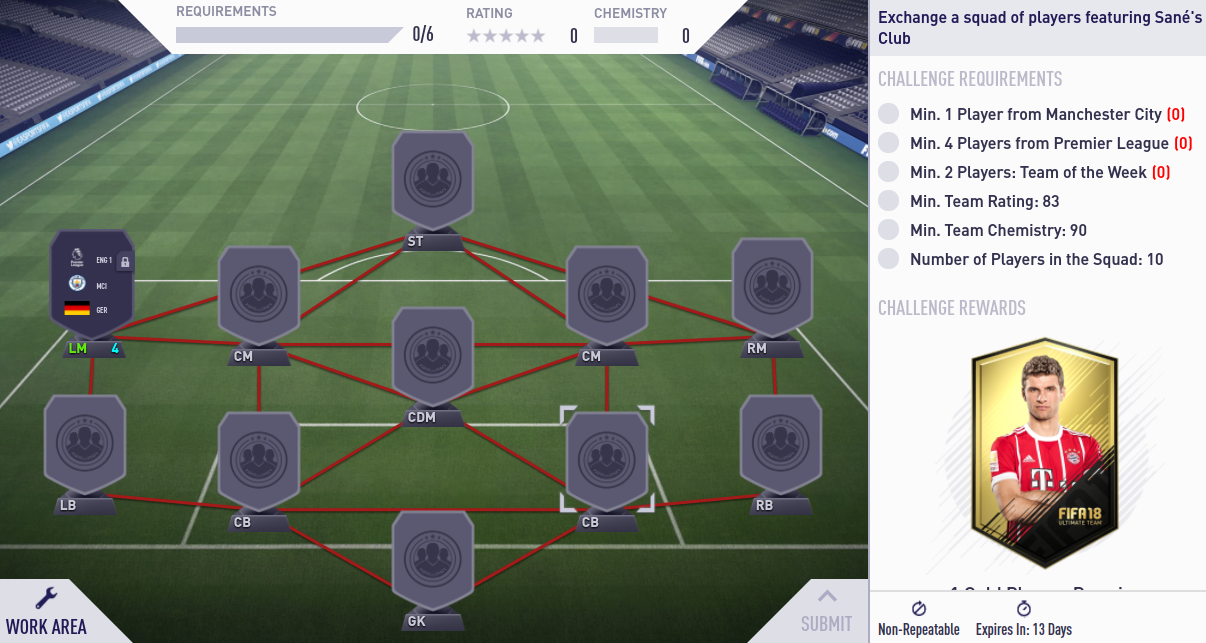 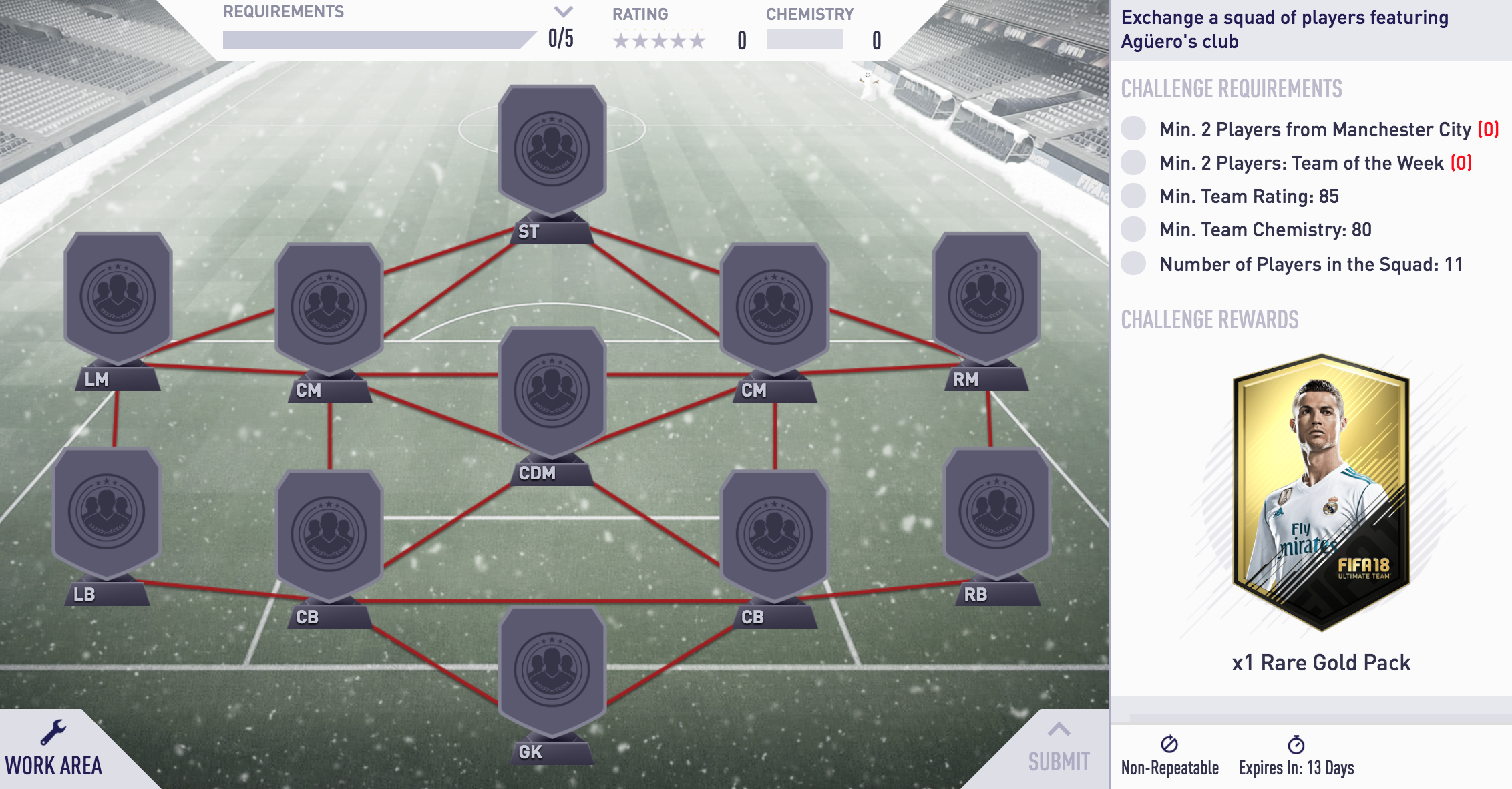 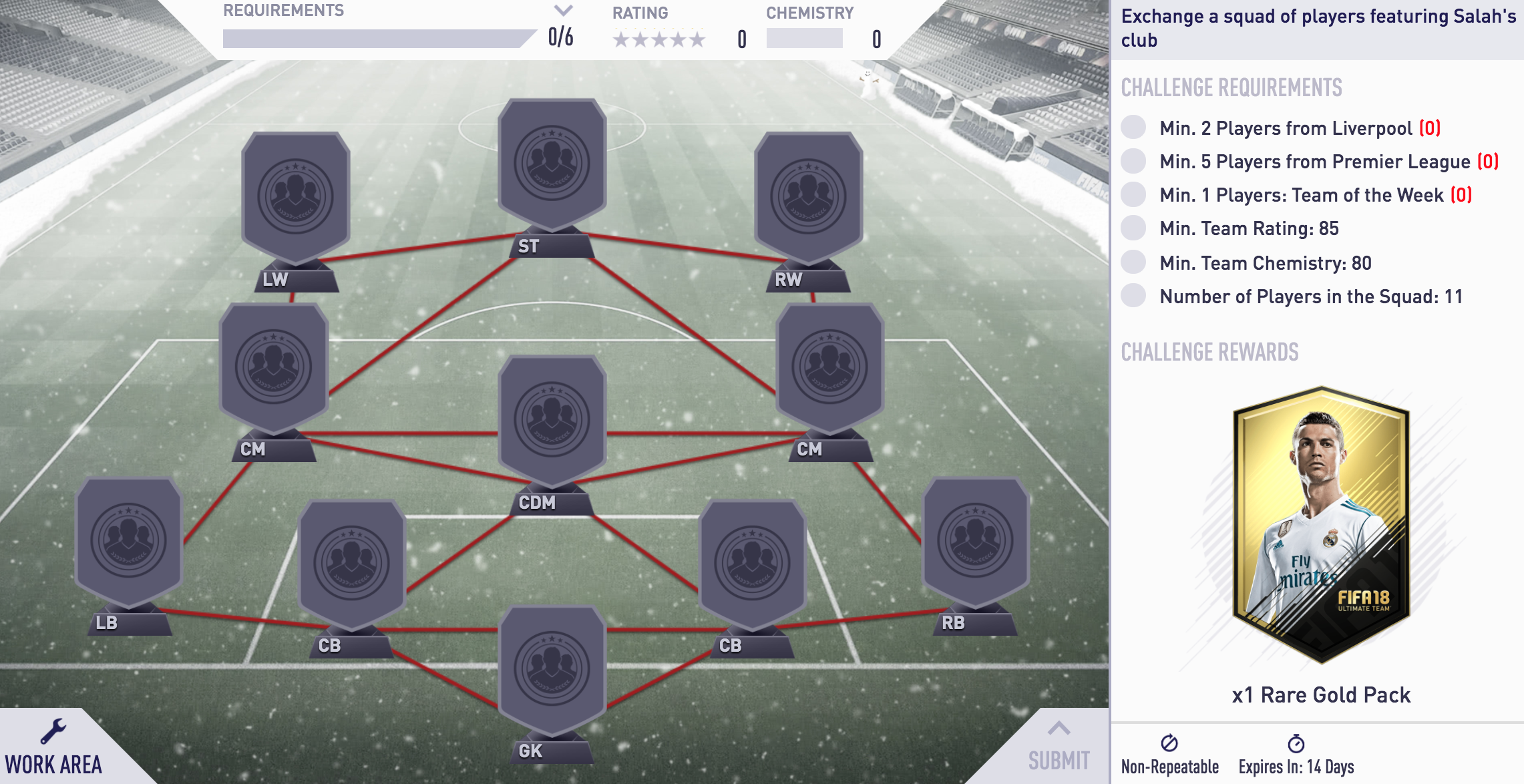 I expect similar requirements for the Bundesliga POTM – challenges that require informs from the top German league.

As a similar example to Sommer, take a look at Fabianski from last year. The two have a lot in common; they are both goal keepers, play in leagues that will have POTM cards, have high ratings, and are both in TOTW 1 (Fabianski was in TOTW 1 for FIFA 18). 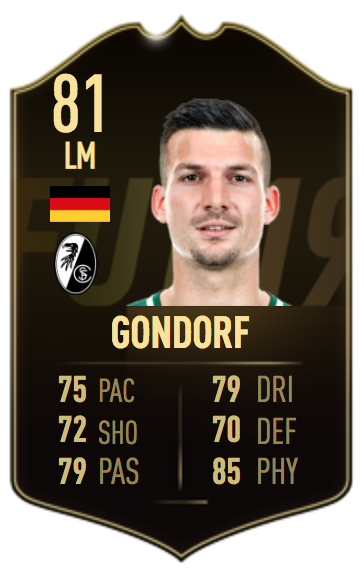 Reasoning: For the same reasons as Sommer above, Gondorf is an equally good look. I expect him to be cheaper because of his lower rating. 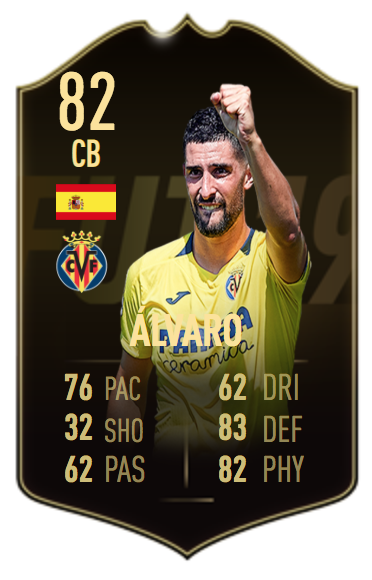 Reasoning: Spanish center backs are some of the most easy players to incorporate into SBCs. This is because of the abundance of high rated, cheap players from Spain in FIFA (e.g. Pique, Busquets, Illarramendi, Iniesta, etc.). The La Liga central defender will become in short supply very quickly as he is submitted into these SBCs. Coupled with the fact that he is a TOTW that already has a short supply, I anticipate Alvaro to rise considerably after he is removed from packs.

I see why you think he is a good investment. He is a high rated Premier League player that is in TOTW 1. He will go up.

i got a gnarby for 5.8k should i keep or sell

I’d keep. I think he will rise nicely over the next week.

Is Yarmolenko a good investment considering the rating?

I assume you mean the 83 rated inform? Yes, but if you are going to go that route, Xhaka is a better look – he is cheaper, has a higher rating, and is a better position for SBC usability.

Do you think that Lucas Moura will be given the POTM sbc for this month? So spurs players?

Yes, he is already confirmed to receive the POTM. EA tends to require:

Is Xhaka worth investing in?

I didn’t think he would be this cheap early on. For less than 15k, yes, I think he is a great buy.

I would sell and invest in players from this list. Expensive players like Neymar tend to have worse ROI (return on investment) than cheaper players.

Sorry guys, Im newbie in FUT . Someone can tell me if I packed Lucas Moura(rare gold) , if he’s in TOTW is that mean my rare gold will turning into TOTW card and his price will rise?

Hey Chief, just curious because since this post some of these players have risen – ex. Alvaro is now around 15k, but I was curious, what do you think about Angel? He is an 83, La Liga, and Spanish. Also sitting under 12k, you think he will be a good investment? I already have about 6 of him LOL.

Angel is also a good look. Alvaro might be better though because CBs are easier to implement in SBCs and rise more in price as a result.

Yes, that is a good investment.

I packed Prime Icon 92 Schmeichel. Keep or invest in ToTW 1, along with ToTW2 players when they come out? Thanks in advance?

Sell and invest in TOTW 1 and TOTW 2 players.

I packed Timo Werner IF last night, his price on PS4 was 115k last night when I packed him, he has dropped to 110k this morning, Do I keep or sell?

I’d sell and invest elsewhere in POTM or OTW golds.

Same advice for me on Prime Deco? I’ve never had an Icon this early in the game. Only other thing I considered was selling and investing in two baby icons instead.

I picked up a Gondorf and Sommer on your recommendation. Both have appreciated nicely. Do you think they continue to rise from here? Should I wait to see if a Bundesliga POTM comes along or take profit now. I dont need the coins right now, just trying to determine the opportunity cost at this point

Yes, I think they will continue to rise, particularly Sommer.