TOTW 14 Base Investments: Blind and Tete 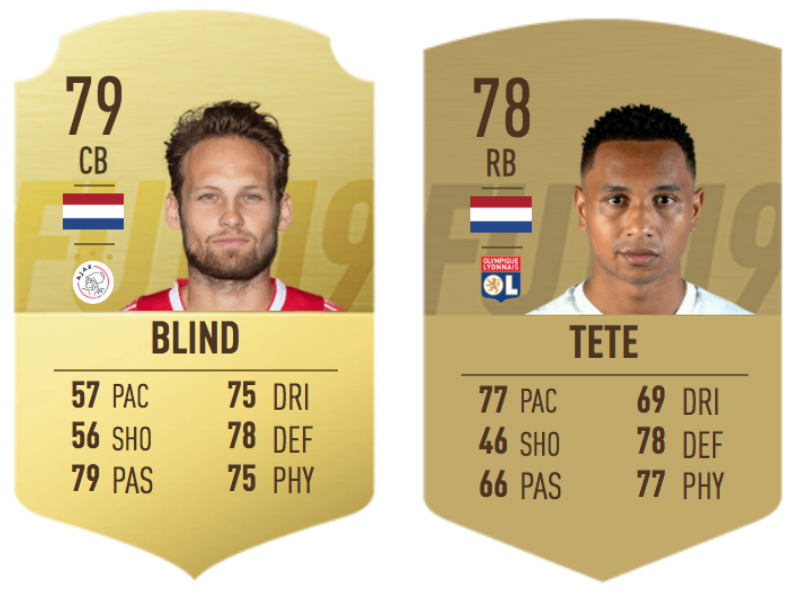 Reasoning: Investing in TOTW base cards is a method that is used heavily at the beginning of FIFA. But once there is enough supply, that strategy begins to wane in effectiveness.

However, it becomes an effective method once again when there is an abundance of SBCs on the market (League SBCs, Icon SBCs, etc.). See my original post about investing in TOTW base cards deeper into the FIFA calendar from last year.

At the moment, we are in the midst of daily FUTMAS SBCs. In addition, new Icon SBCs have been coming out every few days along with the multiple League SBCs that have been around for some time.

Due to this, gold cards that are in the TOTW, in particular defenders, go up when leaving packs. Check out these 4 examples from TOTW 13:

Hi Chief, registering without using Facebook doesn’t work. I get an email with a link to set a password, after I click the link it says the link is invalid. Did it via Facebook eventually.

However, 22nd December is full moon, do you think the futmas cards released on the 22nd need ultimate scream cards? Just a theory Ive come up with. Which scream card would you invest in?

Definitely a theory. If you were to invest, I’d go with Denayer – near discard, good position, good nation, good league.

How much profit do you think will come from 30 Tete?

I do not know.

How much we should try to sell them?

I’d concern yourself less with how much and more with when. Look to offload Monday or Tuesday.

Does this article also apply to the UCL Tete? I got a few of him on bid for <1.3k and even bought one for 950. Just wondering if that would be another card to look out for since there is no supply going on to the market. Thanks, up to almost 3mil on TP, a point I have never reached on FIFA let alone this early.

Cheers to 3 million! It applies more to gold Tete than UCL Tete.

Hey chief, with David villa transfering to vissel Kobe in the j league, do you think his MLS card will gain great value in the next month or two. I have ten I bought for the possible MLS SBC MVP that never came .

I think there are better places to invest.

I bought 3 tarkowski’s for 17.5k. When do you think I should sell them for max profit?

‘Max profit’ is the wrong way to look at it. He could be 50k in July, or 25k next week. Which would be better? Always take into consideration the time held, coins invested, and profit gained (maximize ROI/time).

What about the UCL cards as their cheaper than their golds, do you think it’ll affect their rise.

with about 1m coins and a 50k team, i am looking to keep cash and invest. How much would you recommend I invest in these two players.

However much you are comfortable with.

Chief, one off topic question….
I want to buy Pogba and his price now is 400k. It’s good price or I wait after new year? Thanks

snipe him for 300k. I saw a couple of youtubers get him for that much and if they can so can you. With a little parience and a dumb seller you will get there!

He will likely be cheaper come the new year.

im sitting on a bunch of in-forms. SIF sidnei, tarkowski, caligiuri and more.

do you foresee them rising in the near future, or would you try to sell them now?

Yes, I think they could rise a bit for a guaranteed TOTW SBC. I’m expecting one next week.

Hi chief ,
About Touré if and Tarkowski if ?

They are a hold for an upcoming guaranteed TOTW SBC.

Maybe a bit, but I usually don’t like CMs as much as defenders.

If i find some Tarkowski’s for under 18k should I buy? Because there are some on the market right now.

He is a decent buy at that price.

Chief, when will be totw sbc?
Thanks

Last year, it was on December 27th.

chief the price of blind is dropping..from950 to 800
but Tete is rising
Whats’s your opinion? still confident?
Cuz I start worrying about it 😝

Sell on Monday or Tuesday.

He likely won’t increase between now and Wednesday.

I just bought 15 times Blind for 800 or 850 gold. Will check up tomorrow or tuesday. Hopefully I see a nice value growth. First time being on this website, so i thought give it a little try just for only 15 items. Curious to see the results

Tete was the better investment, unfortunately for you. Still no loss, though.

The Price of blind is going down to 700 shall we wait till tomorrow ?