Reasoning: While I typically don’t recommend informs that are less than 81 rated, Fredericks is a very good look for a few reasons.

First and foremost, he has a good position. Fullbacks are always solid investments, as evidenced by the fact that there are no LB informs or RB informs for less than 17k on the market (other than Fredericks, of course).

In addition, he has a good league (BPL) and nation (England) that will make him easy to incorporate into SBCs going forward.

Given all the leaks we’ve had, I anticipate we will get A LOT of SBCs in the coming weeks. It’s hard to believe Fredericks won’t be in some of the cheapest solutions (as he was already yesterday for the McGeady SBC).

Invest during lightning rounds and pack openings. You should be able to get him for a better price.

Same here. Been watching this one for most of the day and he has never dipped below 14k. Grrr..

He is also good. There are several decent looks from this TOTW.

Chief, what do you think of santi mina for 25 ?? All other 85 st totws are much higher, is it too late in the season tho for him to rise considerably

Pretty good, but I don’t like him as much as he is more expensive and likely won’t offer as good of a ROI.

Hey chief. do you think we should keep or sell zlatan

I think 85s/86s will rise later in the week as we get more SBCs. I’d hold for a few more days. If you are getting impatient, list for a couple thousand coins above min BIN and try to get some bites from lazy buyers.

What do you think about Felipe 81 IF or Pedro Mendes 81 IF for less than 12k? Both CBs, serie a/ligue 1 with good nation. Thoughts?

They are pretty good, but I don’t know if you can still get them at those prices given the recent SBCs.

What price for:
Townsed 84
Cabella 82
Felipe 81
Thanks in advance

Thanks for all the nice tips.
With the SBCs from today, I made +300K with Gold defenders 81-83 (as you advised few days ago).
When do you think I can buy them back? Thursday 10 am (fut champ reward) ? Friday 7pm (massive pack openings) ?
thanks

What a tip, i made loads too cheers cheif. Prices went through the roof when the sbcs dropped

I do not know for sure they will dip in price again given that there will be many more SBCs in the coming days/weeks.

You think santi mina 85 is good investment for 26k? As he the cheapest 85 if?

Pretty good, but I don’t like him as much as he is more expensive and likely won’t offer as good of a ROI.

and what about townsend is he good for investment?

Hey chief, I was wondering what your thoughts are about the price of the regular Messi card? Do you think his price will be lowest during BPL TOTS, or will his price go down even further during La Liga TOTS?

I think he will be lowest during BPL TOTS, yes.

Thanks for the response, chief. Also, when do you think Sergio Busquets TOTS will be the cheapest? I’m guessing sometime before this Friday?

My recommendation is Thursday during rewards.

I bought Mario Rui and Jullien because i think they will have a TOTW card this week is this investment high risk one ?

It depends how much you purchased them for.

Considering he discards for close to that, yes, that is safe.

Chief, what about pedro Mendes for 15, he is still pretty cheap but Portuguese and ligue 1 isnt bad links ??

Shall i send it now for 14k or do you think he would grow more?

Potentially, but I think it is better to liquidate and invest in my other looks in the next few days. The first will be tomorrow.

Okay thanks.
Why is it only possible to be a member of your website by creditcard. You have to put on iDeal or a bank whitdrawal;)

Coming Soon to a Weekend League Near You 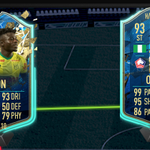 either today or next week thursday/friday

@futchief_ When should I sell my Ben Yedder OTW investments? 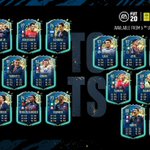 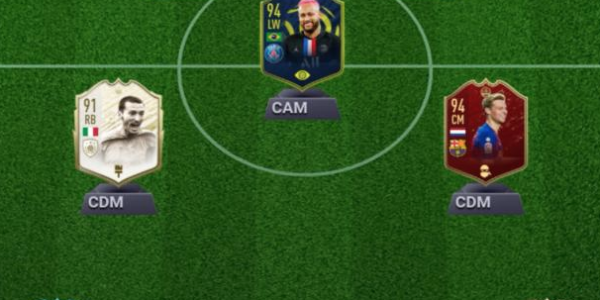 As of May 28th (no particular order)