How to Make 1 Million Coins by October 7th 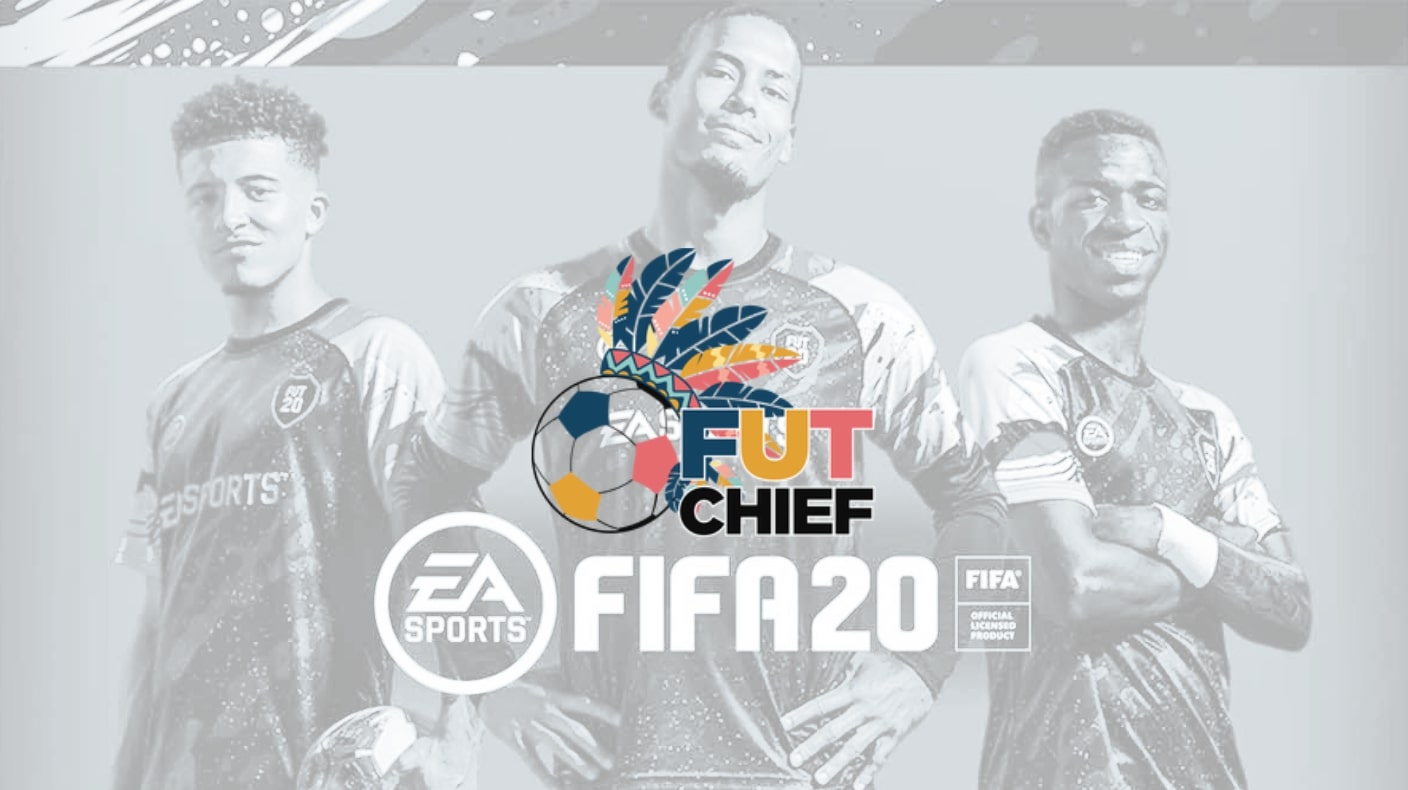 The launch FIFA 20 is a few short weeks away. While Xbox users used to have the early advantage of EA Access, now all consoles will be able to begin playing the game on Wednesday, September 18th with their 10 hour-trial (and unlimited use of the web app, as well).

Here is how you can make 1 million coins in the 20 days that follow from September 18th to October 7th.

Thanks Chief !
What would you do in UT with the 10 Play hours ?
Obviously utilize the Coinboosts but is there a Special way which is best? Like going for objectives or maybe just grinding Squad Battles ?
Best regards !

Playing the game itself. You can do trading on the web app, so it’s not wise to spend your 10 hours on the console transfer market.

As for what you play, it depends on your abilities as a player. More talented people should play drafts as the rewards often make it worth it. Less talented people could do squad battles to try and finish matches more quickly (as opposed to longer division rivals matches).

Hi Chief,
To start trading from the 18th in the web app I would need to have EA access correct? If I don’t I wouldn’t be able to create my FUT team and therefore the web app would not work?

I will have only the special edition early access… Will only be able to start anything on the 24th… Correct?

I believe you need to start on console before you can start on the web app, so yes, you would need to get EA access. EA access costs $4.99 a month, so you can buy it and cancel following the early access period (18-24th).

Can you send me a link of your free discord server?

There is no longer a free discord server.

I ended up with a team im more then impressed by with a record of 500wins 38draws and 228loss.

Over all i had a blast and you certainly played a massive part in my fifa 19 achievement as such!

I look forwards to fifa 20 and trading hard..

i feel for you when certain predictions dont pan out but im greatfull with the info provided theres always other options if we are clever enough to get the jist of your reasoning!

Thank you Chief. I have one question: “now all consoles will be able to begin playing the game on Wednesday, September 18th with their 10 hour-trial (and unlimited use of the web app, as well)”. The “unlimited use of the web app” part; is it 100% confirmed that web app access comes with acquisition of early access? I thought this process was largely randomized and innately only loyal veterans got the web app unlocked.

Really appreciate it if you could answer this. Thank you again.

There is no exact rule for this. I’ve heard situations where one person played less in the previous season than the other but was able to have the web app unlocked, where the person who logged more hours was still unable to access it. In general, though, the more you played the previous year(s) the better chance you’ll have of having it be unlocked on the 18th.

What do I need in order to get access to the web app on September 18th?

So no need to preorder fifa 20?

Yo chief, Managed to round up about 25k in coins the first day. I did the SBC The Final Four and Give me Five. Im thinking of buying Lukaku as he is selling for 21k but his max buy is 400k. similar to nainggolan seeling for 15k max buy is 280k……what do you recommend doiing from here.

I wouldn’t be deceived by max price ranges being good investments. I think those two will rise, but not as much as others that I posted about (namely players in my ‘Top Buys’.

Thank you!… you think it is worth the risk of my 25k to try other SBCs? or buy some players and hold on for 10 days?

I’d either use the coins to snipe/trade or buy some players in my ‘Top Buys’.

Hey chief, i bought 2 Hirving Lozanos for 11k each 3 days ago, i am just sitting with them:
1) when is a good time to sell?
2) i currently have 25k, trying to snipe a Joao Felix (looking impossible), your top buys are sold out everywhere. any other suggestions i can utilize my 25k better for?

1. He will likely go out of packs for OTW on Friday. He will increase over the 10 days while out of packs until October 7th. Sell when you’re happy with the profit and/or see a better investing opportunity.
2. I posted some new players in my ‘Top Buys’.

Hi Chief
I’ve spend all my profit on silver players from popular leagues and popular clubs. Many silver players are only 200 coins right now and the big question is when to sell and at what price? Should i be okay with 1000 coins or should i aim for higher? Or maybe it is simply impossible to say in general and will depend on the demand from the SBC’s?
Thanks !

I would not have went that route. Those cards will be valuable eventually, but it will take a while. Try to get target players that will get you a better ROI/time.

Correct. My favorites are listed in my ‘Top Buys’. They are all a bit expensive at the moment, though, due to lack of supply. I’m hopeful they will drop in price when people are able to access their FIFA points ,though. There should be a good amount of supply that hits the market then. In general, I’d start with the more expensive ‘Top Buys’ first (Hernandez and Rodri, in particular).

Hey Chief, You have a great website here I and really appreciate a lot of the free tips and advice you give to the point that I’m considering buying a membership. Anyways, I have a few questions: 1. I’ve spent most of my time on Squad battles so far, is it worth playing/trying to qualify for a division in Division rivals? Or will that take up too much time and do you have to start over once you’ve played the 5 qualifier games? 2. My biggest question is about trading: I have about $8K coins right now and around 90 items (80 of them players that range in overall ranking from about 74-84, not to mention another 25 or so bronze and 15 or so Silver players stored in my club. I probably have around 10 players ranked 80+ sitting on my transfer list. My question is: When is the best time to sell them and should I just sell the lower rated ones or all of them up to the 80s and above? If not, when would be the best time to sell each player or group of 75s,76s, etc. I want to get to at least $20K to… Read more »

1. I would just stick with SB to try and get the rewards for Monday.
2. I would sell your stuff. You want to place your coins in places that will earn you the best ROI/time. If you can get Wan-Bissaka and Joao Felix they will offer you that. Aurier is a bit more of a hold.

Ok got it. Thanks! Just to reply:
1.I currently have Coman (84) (worth 19K right now) and Vinicius Jr. (79) (worth $7.1K right now) and am wondering if I should (A) sell them (B) hold onto them for Sept 24th-26th then sell or (C)hold onto them for the full release around Sept 27th-30th ad then sell.
2. When you say to get Bissaka, Felix, and Aurier (the regular version or TOTW version?), are you saying I should then look to sell them soon after getting them (if I got them today or tomorrow for example) or are you saying to wait and sell them during one of those other 2 time periods I mentioned above?
Thanks for your help FutChief

1. I would sell.
2. Aurier is the TOTW version. I would sell Bissaka and Felix after their price update. Aurier is up to you. Sell when you are happy with the profit and/or see a better investment opportunity.

Sorry to keep asking questions haha, but what do you mean to sell Felix after the price update?

Ok. I have both Joao Sequiera (bought for $22K and selling for about the same currently) as well as Trent-Alexander Arnnold (bought for $30K and also selling for about the same currently). I’m wondering what you recommed doing with Sequiera? I missed the chance to sell Alexander-Arnold for $40K today. Now that Arnold made TOTW, do you think $40K would be a good price to sell at if I can tomorrow or should I wait b/c as you say, gold versions of TOTW players tend to rise in value, so I was thinking about maybe holding him until around that October 2nd date you showed in the example on this page in hopes he goes over $40K, is that a good idea or should I try to sell him for the $40K if I can get it tomorrow? I started the day with $40K, and spent about $30K on Jose Morales (82) ST from La Liga, one for my La Liga team and 2 that I bought at $8.8-9.2K and his top price is around $10.5-11K that I’ll try to sell tomorrow. The 3rd I can sell if needed but for my team he has amazing stats in the right… Read more »

1. Joao will rise gradually while out of packs. Sell when you are happy with the profit.
2. Yes, if you can sell him tomorrow for 40k that’d be a good exit.
3. Yes, they will max out around October 6th.
4. Prices will dip on Friday when the full game releases but rise from there until around October 11th.

Hi I packed Gerrard 89 last night, I was wondering wether to sell now or wait ?

If you want to play it safe, sell before the TOTW announcement at 3pm UK time.

If you want to gamble, hold in hopes that he makes it. If he does, he will rise. If he doesn’t, he will fall.

hi there chief, what is the best time in the 24 hour day to buy players to then sell in that same time frame?????

There is no exact time. Each player is different.

Would you invest in gold Kolarov now at around 3.5k or do you think hes a little too expensive?

Thanks, I know it’s hard to tell but whats your prediction of what he will sell for after standard edition release.

He will max out on Tuesday. I don’t know what he will be on Friday.

I bought about 5 Trent Alexander Arnolds for 30k. When would you recommend selling for maximum profit?

He will max out around Tuesday before returning to packs.