The advent of Squad Building Challenges in FIFA ’17 caused for a new type of investing. Where players formerly only had value for their in-game abilities, now an undesirable card could have a high price due to being an asset for SBCs.

In FIFA ’19, EA put an emphasis on releasing more content, specifically SBCs (Flashbacks, BuLi POTM, Premiums, etc.). Whenever these new challenges would come out, certain players tended to rise more than others.

Here are the top 5 cards that were up and down consistently (high volatility/standard deviation) during the FIFA 19 season. 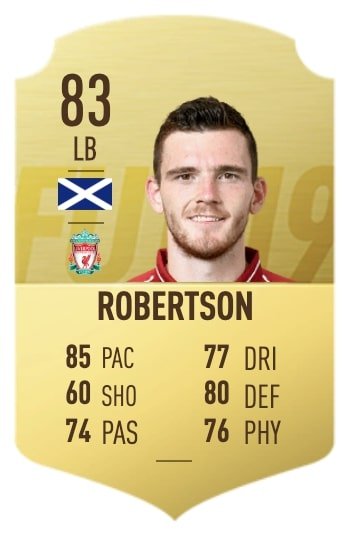 Although he doesn’t have the most desirable nation for challenges, the Scottish fullback was a steady moneymaker last year due to coming from a good 1. league, 2. club, and 3. having a good position.

These three reasons made Robertson a great investment throughout FIFA ’19. I expect him to have a higher rating for FIFA ’20, though, so I wouldn’t be as confident in him next year (will be more expensive and thus offer lower ROI). 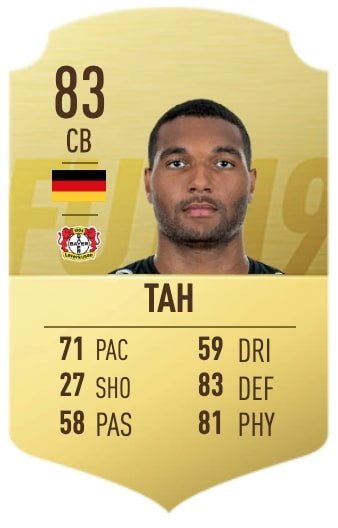 Just as the Premier League had many SBCs last year, so too did the Bundesliga (BuLi POTM, Robben/Ribery SBCs, etc.), not to mention many SBCs that had German rewards (Reus, Werner, Goretzka, etc.). Many of these challenges had German requirements.

But even more importantly, Tah has a position, nation, and league that makes it easy to link with other players that were among the cheapest for their respective ratings; Hummels, Boateng, Ozil, Muller, and Leno (who we will be talking about next) are some examples. 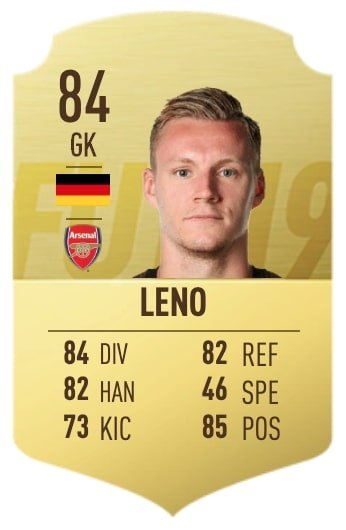 We mentioned that the Premier League and Germans had a lot of SBCs last year; this alone would have made Leno a consistent moneymaker.

What we haven’t mentioned yet is the fact that many Arsenal players were also among the cheapest for their respective ratings (Ozil, Lacazette, Mkhitaryan, Sokratis, etc.). The fact that he was able to link up with both Germans and Arsenal players made him an excellent investment throughout the season. 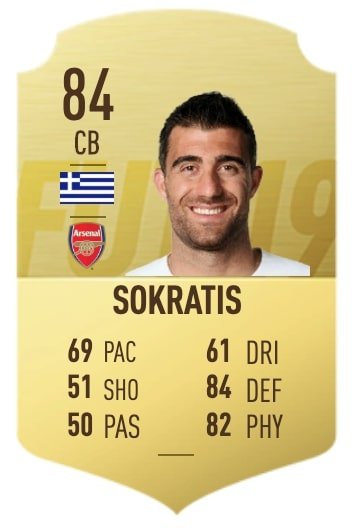 You might be wondering, why Sokratis over Leno when Leno has the better nation for chemistry purposes?

Well, sometimes position trumps nation, and that was the case in FIFA ’19 for Sokratis (although it is very close). Typically, fullbacks are the best looks for investment purposes, and centerbacks are the next best bet. This is why Sokratis took the #2 spot. 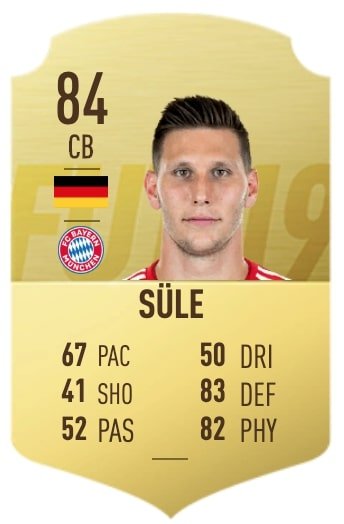 For those of you who are long-time followers, you know that I recommended Sule more than any other investment last year.

Not only does Sule have a great position and club, but he also has a tremendous club in Bayern.

Secondly, the perfect link that is provided between many high rated German/Bayern players is a great option for chemistry purposes (Boateng, Muller, Goretzka, Kimmich).

If we had to nickname any player ‘bitcoin’ from the FIFA ’19 season, it’d be Niklas Sule.