Reasoning: In case you missed it, EA recently released the nominees for the January BPL POTM. 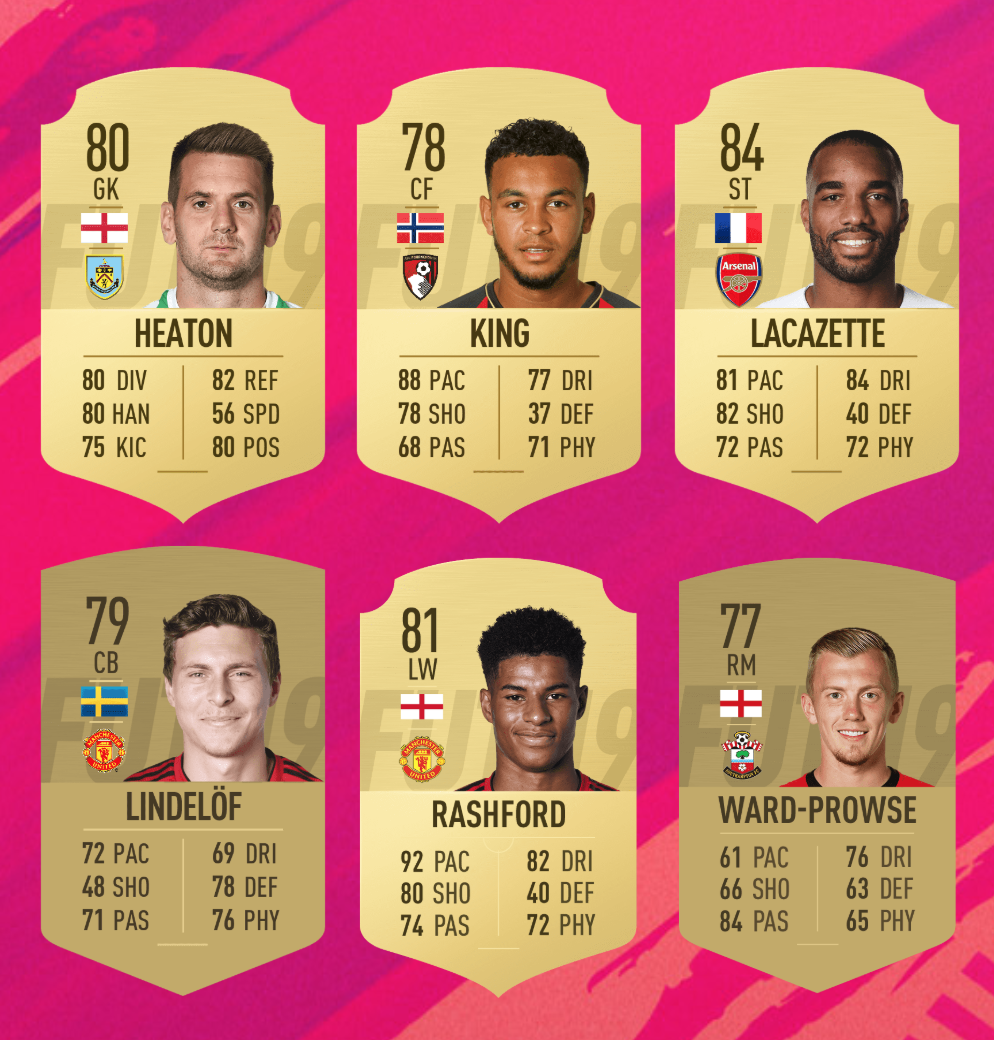 Out of the 6, I believe there are only 2 with a standing chance: Lacazette and Rashford.

If I was a betting man, I’d put my money on Rashford as he is a crowd favorite.

This means that, over the course of the next week, we could see multiple SBCs that could require Manchester United and/or England players.

On Friday, February 8th, the January BPL will likely drop. There is a good chance Rashford’s club or nation will be required for the SBCs.

If one of these SBCs hit, there is a good chance that Smalling will rise nicely.

What do you think in investing in Gold If with english nationality for POTM Rashford ?? I think he will get it….because he is getting the award in real life too. Cheers!

Depends on which informs.

Would it still be worth purchasing him for 1.3k/1.4k as he as already rose in price on xbox one. Regards Tom

Get him for as close to the price I’ve recommended as possible. There should be other opportunities later in the week – investments like this usually shoot up right away initially after I post them.

I would not invest in Rashford. He is expensive.

Will phil jones rise ?
Thanks in advance.

I’m not sure of anything – I can’t be certain if SBCs will require him.

hi chief,
do you think luke shaw is a good investment.

A bit low rated for my liking.

Hey chief,tanx for tips.
One question, is it possible we get some OTW in TOTW 21? If so, what’s your thoughts investment wise?

Ok got it bro, another thing, Is it good to invest on EPl Gold If like KEANE,ABRAHAM or any card of your choise for upcoming POTM? If it’s the case,what’s target price?

I would invest in the players I recommend.

You are a boss Chief!

Hello Chief
Is it a good idea to buy him at thursday after rewards? rare golds are usually cheaper then…

Or after Lunar Promos?

You could. I was just getting ahead of the curve in order to avoid investing after he is already inflated.

but as rashford is on headliners pack, can he be the potm as well? 2 cards?

They wouldn’t have made him a POTM nominee if it wasn’t possible.

I am planning to buy a squad this week. Is it best to buy now or to wait on Lunar promotions?
Not sure because prices tend to be higher near WL.

Weird that Pogba isn’t even nominated..

It all depends on SBC rating requirements. Lingard is decent as well.

how much rising price do you expect from smalling.
i know its hard to know. but still whats your expectation from smalling.
and we can keep smalling stock till when?

I cannot give a prediction – it is entirely dependent on SBC requirements and rewards.

and when are you posting about TOTW

Hi Chief, do you think smalling will rise even after the market dip for LNY promo?

He will rise if SBCs require him.

Hey Chief, do you think Dembele will rise further in the next few days. He’s currently 2.6k.

Sell when you are happy with the profit. Make sure you sell before he returns to packs.

Is Higuain OTW a good investment? there is a good change he will get a TOTW

I would not invest in Higuain. It is too risky for my liking.

Sold my team before the last promo. Is now the time to buy team back, or should I wait until next week potentially after this next promo?

I would buy back after LNY promos.

Thanks Chief! Also, not all of my team sold. For example, Varane and prime Hagi is still on transfer list. Should I continue to mark him down expecting the market to continue to tumble, or just hold?

I think the market will tumble further for LNY.

Antonhy Lopes would have been a good investment a few days ago. I bough lk 3.2k and sold them for 4,2k. 20k profit