Today we have Future Star Tonali on the menu. I must say, his League SBC card was the only League SBC I considered completing, simply because of how impressive he looked statistically. When I saw he had a 91 Future Stars card I knew I had to have him. Just look at this card and you immediately understand why people are going crazy over him (including me).

Rivals was his stage and he might have rivaled Queen at Live Aid for best performance ever. What a card; he is like Kanté on steroids. I really believe you can run him with pretty much any chemistry style and he’ll always be solid. I could go on and on listing all the positive attributes he possesses. 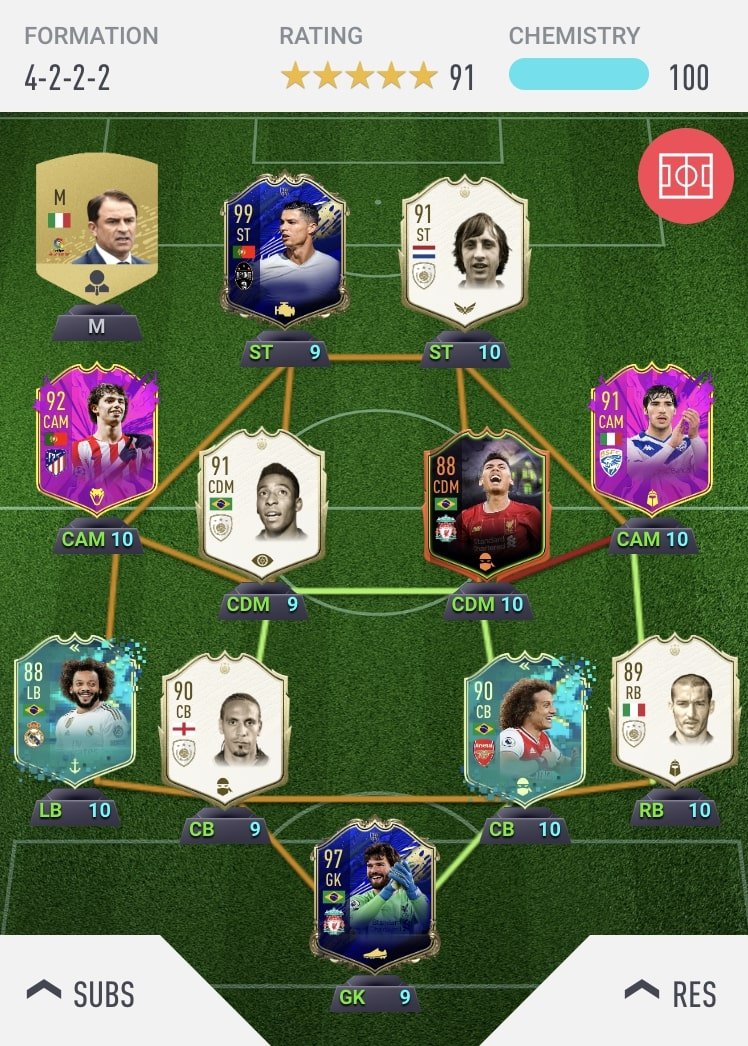 He scored only once for me, but man it was a beauty. I am fairly certain that is also the only time I actually tried shooting with him, so I am not rating this category because of lack of data. His stats look decent enough, though. As for passing, that was a statistic  that really stood out. He performed better than expected, and his 4* WF was a huge help as I didn’t have to worry which foot he was on. He made it rain with passes, and his assists tell the story. Whether it was a through ball or a pass inside the box, they arrived with pin-point precision.

If this card had 4* skills, he’d be perfect for me. He has amazing pace, turns on a dime and just can’t be knocked over. I used the Guardian chemistry style on him to boost his Dribbling since his Pace was more than sufficient. 92 base Acceleration means he flies away and 84 Sprint speed was more than enough to make his way across the field. There was not a time I felt like I should have added a Pace boost, and I really fell in love with how he performed with thee Guardian Chemistry style. He moved around smoothly when holding L2/R2. I always managed to get him in the right place defensively. Offensively he was able to pull of his 3* skills without much trouble. The Zidane spin and fake shots were both very useful, and it was a blessing to have a CDM that was able to dribble this well.

97 Defending, 94 Strength, 88 Stamina and 91 Aggression. Need I say more? This man is a pitbull – when he enters a duel he doesn’t let go until he has the ball. There were times where I thought he’d lose, but then he managed to get back up again and out-muscle any attacker. Defensively, this man can do it all and he is one of the very best CDM’s I used. He is tall, strong and has no fear. The only real downside is his heading, but wasn’t overly concerned with that since most of this FIFA I have used small CDM’s like Kanté. These two categories were what really made me fall in love with him.

You want a CDM that can do it all? This is your man. He brings so much to the table, and if you’ve gotten Zambrotta from Icon Swap I highly recommend trying out “Tank Tonali” as they link perfectly. I’m not sure I’ll use him again soon, but I will always have him in the back of my mind when there is a Serie A player to be reviewed.

This is the most complete CDM you can get for around 1m coins, so he is 100% worth the coins. He can play B2B, pure CDM, or even CM, and I know of no other card around his price that does it this well. In my opinio,n most of your money should go into the center of your team, so don’t worry about dropping 1m on your CDM – you’ll notice the difference.

Thanks again for reading, and I hope you will give this card a run for his money,